Kolkata: West Bengal Chief Minister Mamata Banerjee during her poll campaign said that she doesn’t like the way BJP functions and also alleged that BJP always maligns her whenever she goes to mosque.

Claiming that everyone has the freedom to visit any religious places, Mamata said that the speciality of India is ‘Unity in diversity’.

“The BJP government is privatizing everything. During demonetization, I had visited the biggest market of Kolkata to discuss ways with non-Bengali businessmen. Bengal will ensure safety of India,” said the West Bengal Chief Minister.

The TMC supremo also claimed that if she wins then the people of West Bengal will be safe.

“BJP is a communal party and they only spread hate. If TMC wins then everyone irrespective of religion and mother tongue will stay safe in Bengal,” urged Mamata, asking to vote for her.

Notably, after visiting mosque on Tuesday and Gurudwara on Wednesday, the West Bengal Chief Minister Mamata Banerjee after her speech was seen paying homage to two temples in her constituency and she was also seen distributing prasad amongst people.

Slamming the Chief Minister, BJP candidate Priyanka Tibrewal said that the TMC supremo during the poll campaign had termed non-Bengalis as ‘outsiders’.

West Bengal BJP chief Dilip Ghosh said that people of Bhabanipur knows whom to vote for and also which party can bring them development. 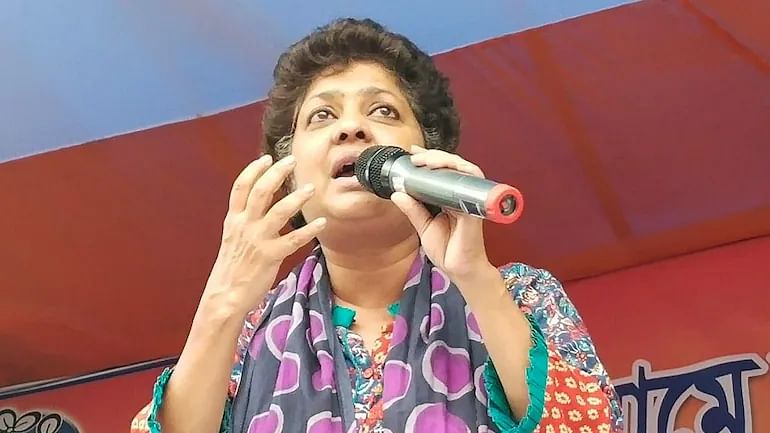