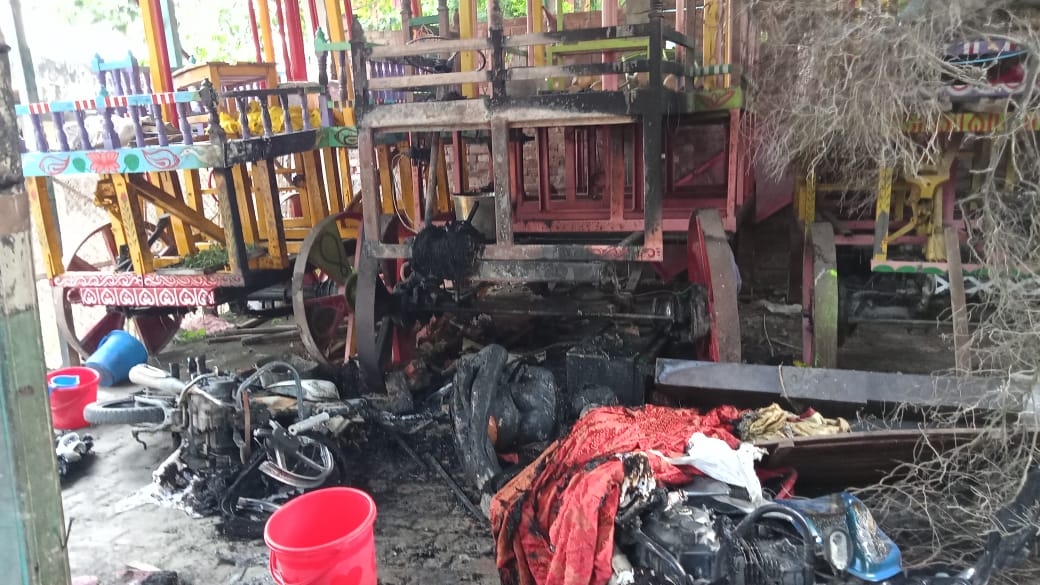 Kolkata: Following the vandalism that took place in Bangladesh, West Bengal BJP to hold protest rallies across the state condemning the act.

West Bengal BJP Chief Sukanta Majumdar floated a notice asking all the party leaders including MPs and MLAs to take part in the statewide protest to condemn the incident in Bangladesh that claimed at least two lives of devotees of ISKCON.

Notably, a day after ISKCON temple in Bangladesh was vandalized and houses were looted, another temple in Feni district in Bangladesh was also set ablaze by a crowd following which unrest started in that area. People and the residents of the temple were seen running to save their lives.

West Bengal BJP spokesperson Shamik Bhattacharya said that the Hindus are always heckled in Bangladesh and also alleged that on the contrary the TMC Supremo Mamata Banerjee is giving shelter to the ‘infiltrator’ from the neighboring country.

“The Hindus just to save their lives had shifted to India and those who had stayed back were heckled. Had it been something else but not a temple then the TMC would have protested and taken out a candle march. Now if anyone comes from Bangladesh using the land of the Indians should bring land from Bangladesh,” said Shamik.

“Those who are concerned about the mob attack on #DurgaPuja in Bangladesh, are they aware that here, in West Bengal East Medinipur district’s Egra Central Bus Stand’s Durga Puja also encountered similar violence as in Bangladesh?” said Ghosh.

Questioning that West Bengal is moving towards Bangladesh, Ghosh claimed that to bury the incident, state police and administrative authorities reached there and arranged for the idol immersion.

Meanwhile, protesting in front of the Bangladesh High Commission in Kolkata, ISKCON Kolkata vice president Radha Raman Das said that the United Nations should immediately send their representatives as the devotees of ISKCON are still living in ‘fear’.