Babasaheb Ambedkar was the binding force in the country: Rajnath Singh 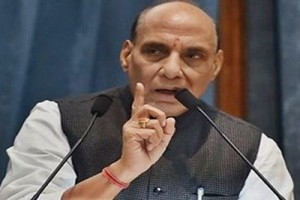 New Delhi : Union Home Minister and Deputy Leader of the BJP in Lok Sabha Rajnath Singh on Thursday commemorated the adoption of the Indian Constitution and honoured its chief architect Dr B. R. Ambedkar, adding that Baba Saheb was the binding force of the country. 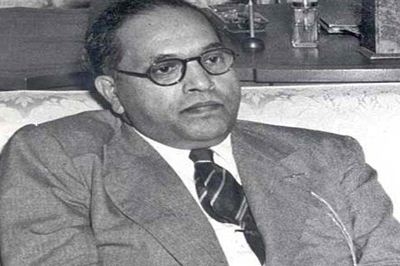 “An achievement on Dr. Ambedkar’s 125th birth anniversary is that we’re having discussion on commitment to Constitution in the temple of democracy. If Sardar Vallabhbhai Patel ji played the role of unifying force, Baba Saheb Ambedkar was the binding force in this country,” Singh said, while addressing the Lok Sabha on the first day of Winter Session of the Parliament.

“Our Constitution is a result of contribution of many great men. Baba Saheb Ambedkar had to face a lot of criticism, but he kept on presenting an objective point of view for a unified India,” Singh added. Singh further said that Baba Saheb was also the architect of the Reserve Bank of India( RBI) and the Finance Commission of India.

“Baba Saheb Ambedkar was also the architect of RBI and Finance commission. He gave the concept of Finance Commission during his research in Columbia University,” he said. The Union Home Minister also pointed Baba Saheb Ambedkar’s contribution to bring equality in society. “He also believed in eradicating untouchability to bring equality in society. Sometimes people try to use it for political benefits for example the issue of reservation. Dr. Ambedkar introduced the concept of reservation for equality, he said it’s a socio-political necessity,” he said.

“People try to present Dr. Ambedkar ji as a Dalit leader, but I don’t think he should be restricted to such a narrow purview,” he added.