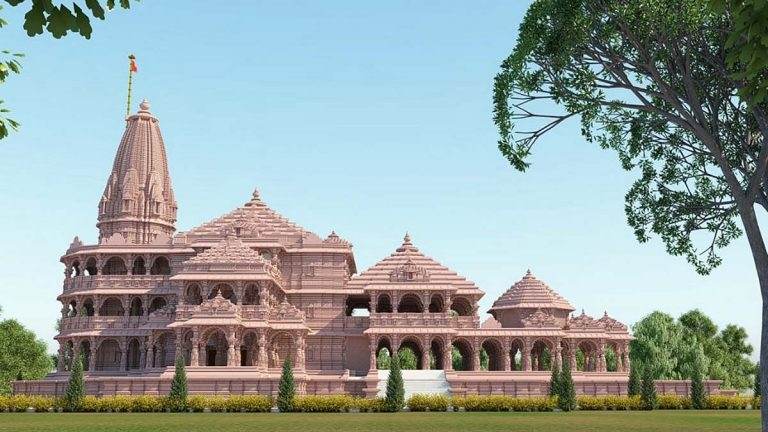 Dharam Das is the disciple of late Mahant Ram Abhiram Das, who had reportedly placed the idols inside the disputed structure on December 22 midnight in 1949.

Das, a prominent face of Ram Mandir Movement and one of the main litigants from Hindu side in the Ram Janmabhoomi title suit, lodged the complaint at Ram Janmabhoomi police station.

He has accused the members of temple trust of criminal conspiracy, fraud and misuse of funds donated for Ram temple construction. Das has also named Faizabad sub-registrar S.B. Singh as accused.

He told reporters, "The office of sub-registrar was not aware that 'Nazul' land was sold twice-how is this possible? Mahant Devendra Prasadacharya had sold this plot of 676 square metres to Deep Narayan, nephew of Ayodhya mayor Rishikesh Upadhyay, for Rs 20 lakh in February. Deep Narayan sold it to the trust for Rs 2.5 crore in May. The value of this land, as per DM circle rate, is approximately Rs 35 lakh."

He also named BJP MLA from Gosaiganj (Ayodhya) Indra Pratap Tiwari and trustee Anil Mishra for being witnesses in the deal.

He demanded sacking of Rai as secretary and handing over responsibilities of the trust to seers of Ayodhya.

"The government should not get involved in temple construction," said Das.

While none of the trustees were willing to comment on the development, Prakash Gupta, the in-charge of camp office, said, "If it is Nazul land, complaint should have been filed with Nazul officers, not police. We bought land and paid money--where is corruption in this?"