Ayodhya Ram Mandir: Check out the invite, details about the guest list and more

Police personnel are seen as Uttar Pradesh Chief Minister Yogi Adityanath arrives to take stock of preparations ahead of the foundation stone laying ceremony of Ram Temple on August 5, in Ayodhya on Monday | ANI

The 'bhoomi pujan' of the Ram temple is scheduled to be held on Wednesday at Ayodhya in Uttar Pradesh. Prime Minister Modi is slated to be in attendance. The guest list and celebrations are being restricted owing to the COVID-19 pandemic.

Ahead of the event, on Monday we got the first glimpse of the invitation card. Prime Minister Modi will lay the foundation stone for the upcoming Ram Mandir, while RSS Chief Mohan Bhagwat, Mahant Nritya Gopal Das the head of the Temple Trust and Uttar Pradesh's Chief Minister and Governor will also be on the stage.

While security measures have been heightened in anticipation of the event, this seems to have also been worked into the invite itself. The invite which bears an image of Ram Lalla also has a security code. Reportedly, this will work only once, and people will not be allowed to re-enter if they leave the venue.

With the omniscient threat of COVID-19 looming, the guest list will be rather restricted. While some including senior BJP leader and former Deputy Chief Minister and MP LK Advani are expected to attend via video-conferencing, others will visit Ayodhya but not attend the bhoomi puja ceremony.

"I have given information to the members of the Prime Minister's Office and the Ram Janmabhoomi Trust that I will visit Ayodhya but not attend the 'bhoomi pujan' ceremony for Ram temple in view of rising COVID-19 cases and would visit the site after the official ceremony," former Union Minister Uma Bharti told reporters on Monday. 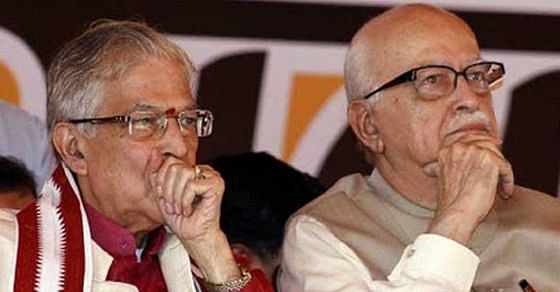 In the meantime, Champat Rai, the general secretary of the Sri Ram Janmabhoomi Tirtha Kshetra trust confirmed that Iqbal Ansari, a former litigant in the Ayodhya land dispute case and Padma Shri, Mohammed Sharif, have been invited to the foundation stone laying ceremony. News agency ANI adds that his was the first invite.

Ansari told news agency PTI that he would certainly be attending. "The dispute is over now after the court's verdict," he said.

"Our Prime Minister is coming. I will meet him and give him a 'Ramnami' stole (with Ram's name written on it) and Ramcharitmanas as a present," Ansari said.

According to an NDTV report, around 175 invites have been sent for the bhoomi puja -- for residents of Ayodhya.

HomeIndiaAyodhya Ram Mandir: Check out the invite, details about the guest list and more