Ayodhya is all set to celebrate another grand, illuminated Diwali, with the 6th edition of 'Deepotsav'.

The streets are all geared up for the grand welcome of the duo, and the roads of Ayodhya can be seen with cut-out hoarding pictures of both.

Ayodhya is all set to celebrate another grand, illuminated Diwali, under Chief Minister Yogi Adityanath who started 'Deepotsav' in the first year of his assuming office in 2017. Before the arrival of the Prime Minister, the Chief Minister will observe the Shobha Yatra at Ram Katha Park. The Chief Minister will participate in the incarnation of the forms of Lord Shri Ram, Mata Sita and Lakshman and Bharat Milap program. 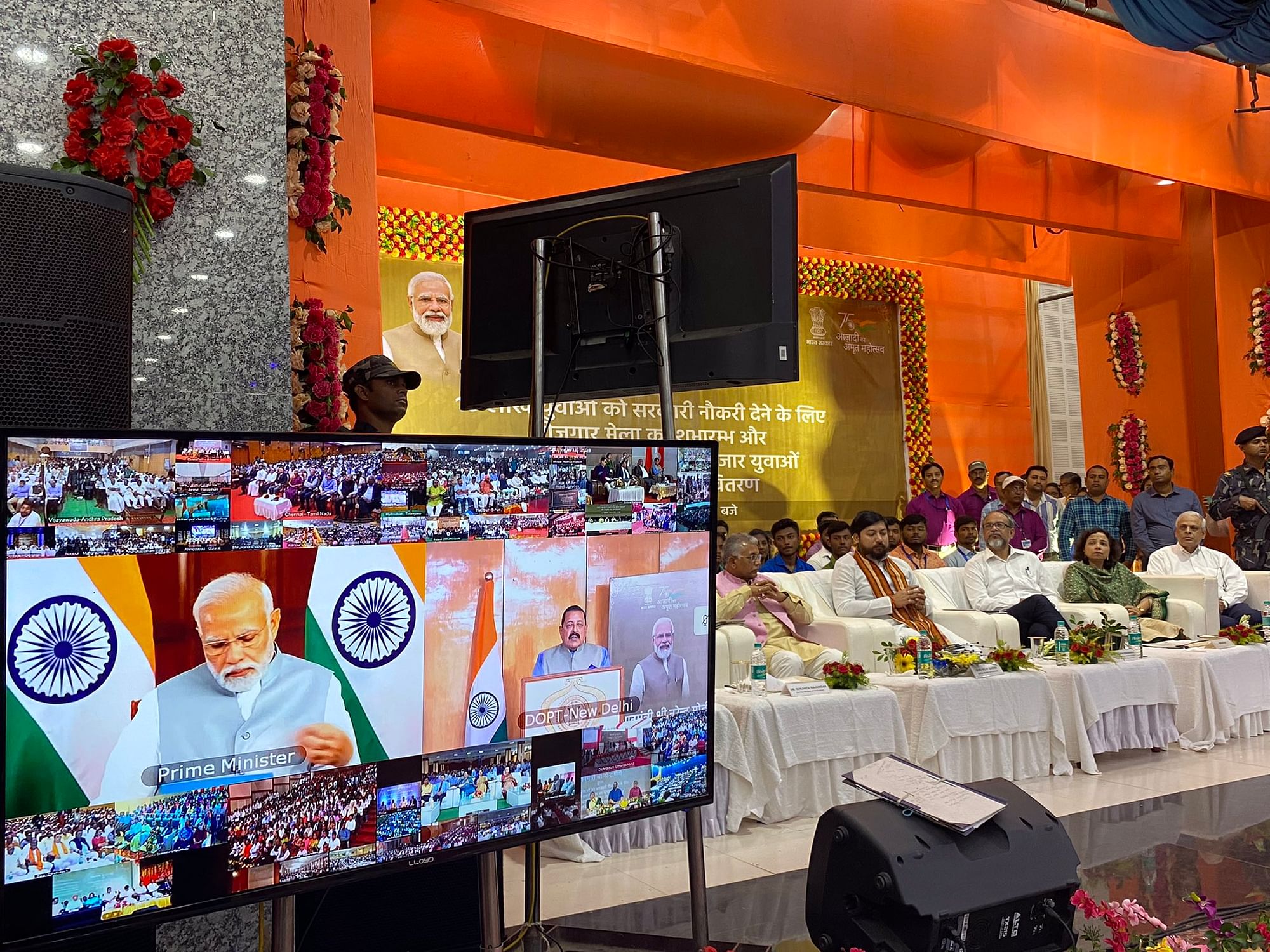 Taking a look at PM Modi's schedule in Ayodhya

PM Modi will perform the darshan and pooja of Bhagwan Shree Ramlala Virajman at around 5 pm. After the prayer session, Modi will inspect the Shri Ram Janmabhoomi Teerth Kshetra site.

"At around 5:45 pm, he will perform the Rajyabhishek of symbolic Bhagwan Shri Ram. Around 6:30 PM, Prime Minister will witness Aarti at New Ghat, Saryu river, which will be followed by the commencement of the grand Deepotsav celebrations by the Prime Minister," read an official statement by PMO.

The event of Deepotsav in Ayodhya is being organized by the Department of Tourism and Culture in collaboration with the District Administration. The Tourism Department has also geared up to welcome devotees, and tourists from all across the country and the world to the holy city for the grand celebration of Deepotsava on Diwali.

The Yogi Adityanath government through the organisation of 'Deepotsava' will promote not only the state's spiritual and religious significance but also the 'Dhobia', and 'Faruwahi' dance artists.

The culture of Uttar Pradesh and several other states through various forms of folk dance such as 'Dhobia', 'Faruwahi', 'Rai', and 'Chhau' will be showcased during the event.

Teams of specialised artists from areas like Mathura, Sitapur, and other cities have been invited to work on the decoration of the Ram temple, Ramlalla and Ramayana gates. Forty quintals of marigolds and 2,000 bundles of gerbera flowers have been used to decorate the Ram temple.

Six quintals of white, blue, yellow, purple, and green flower petals have been used to make the rangolis.

The artistes of 'Braj' in Awadh will mesmerise the audience with the culture, language and unique characteristics of the land of Rama-Krishna.

The banks of river Sarayu await to be lit up with lakhs of 'Diyas' (earthen lamps) on the occasion of 'Deepotsav'.

More than 15 lakh diyas will be lit on the occasion. Five animated tableaus and eleven Ramleela tableaus with different dance forms from different states will also be put up during Deepotsav. Prime Minister will also witness the 3-D Holographic Projection Mapping Show at Ram Ki Paidi at the banks of river Saryu along with the Grand Musical Laser Show.

Ram Janmbhoomi in Ayodhya has been adorned with countless indigenous and exotic flowers.

Every intersection of Ayodhya is embellished with rangolis made of flowers to make the Deepotsav 2022 more magnificent.

The city has been beautified with hoardings and banners from the Ramayana period to take the visitors down history lanes on the festival of lights.

Transformation in education now a reality in Odisha: CM Patnaik