After delivering the landmark verdict in the Ayodhya Ram Janmabhoomi-Babri Masjid case on November 9, 2019, former Chief Justice of India Ranjan Gogoi took his colleagues, who were part of the bench, for dinner.

In his book titled 'Justice for the Judge: An Autobiography', Gogoi said he took the bench for dinner at the Taj Mansingh Hotel. He said they ate Chinese food and ordered the best wine available there. The Rajya Sabha MP further said that as he was the eldest, he picked the tab.

“After the judgement, the Secretary General organised a photo session in the judges’ gallery outside Court No 1, below the Ashoka Chakra. In the evening, I took the judges for dinner to Taj Mansingh Hotel. We ate Chinese food and shared a bottle of wine, the best available there. I picked the tab, being the eldest," Gogoi wrote.

Speaking at the launch of his autography, Gogoi spoke about all the issues, including controversial ones, during his tenure as the 46th CJI and vehemently denied the allegation of "quid pro quo" in getting the Rajya Sabha nomination in lieu of the Ayodhya verdict.

Taking about the sexual harassment allegations against him, Gogoi said, "In hindsight, I should not have been a judge on the bench (which heard alleged sexual harassment case against him). 45 years of my hard work in bar and bench was being spoiled. It might have been better If I was not part of the bench. We all make mistakes. No harm in accepting it." 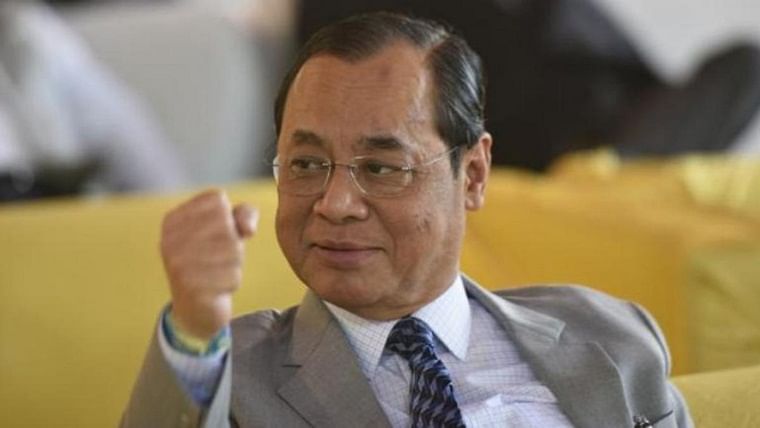 'I should have not been on that bench': Ex-CJI Ranjan Gogoi on sexual harassment allegation