Zorba, the Belgian Malinois, was immensely instrumental in hunting down poachers in Assam.

Guwahati: Aaranyak, one of India's biodiversity conservation organisations, on Tuesday, mourned the passing away of its first k9 unit member, Zorba.

Zorba, the Belgian Malinois, was immensely instrumental in hunting down poachers in Assam.

Due to his age and current health issues, he passed away last night. 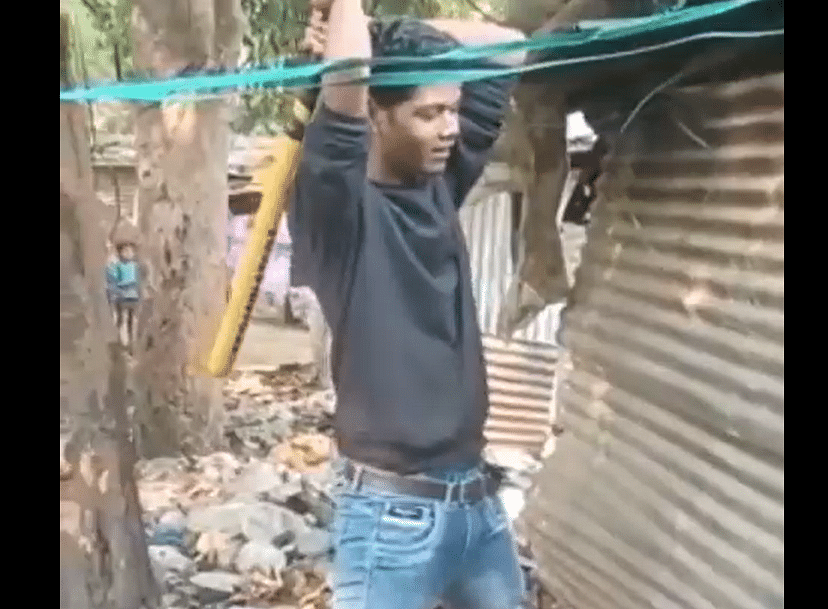 An internationally acclaimed rhino conservation and wildlife crime expert, Dr Bibhab Kumar Talukdar, the CEO of Aaranyak, has expressed his deep sorrow over the loss of this K9 hero.

"Our K9 squad, including Zorba, helped forest officials locate poachers' exit routes following rhino poaching incidents, resulting in arrests of the culprits by police and forest officials. Zorba's contribution during his lifetime will always be remembered and we will always regard him as a conservation hero," said Dr Bibhab Kumar Talukdar.

This Belgian Malinois dog, Zorba was the first such dog deployed in the country to track down poachers. With an 8-year career covering several rhino protection areas in Assam - Kaziranga National Park, Pobitora Wildlife Sanctuary, and Orang National Park, Zorba was actively engaged in anti-poaching operations.

Zorba's first handler, Anil Kumar Das, said, "I have immensely rich memories with Zorba and he has always been an inspiration to me." The K9 dog squad of Aaranyak, comprising six Belgian Malinois dogs along with its handlers, has been actively assisting forest and police officials in Kaziranga and Manas National Park as well as other rhino-bearing areas in Assam resulting in the arrest of many poachers by law enforcement agencies.

"As soon as they pick up a scent and track, they can outrun and capture the suspect, which they can defeat if the suspect tries to elude them. Our K9 squad members, including Zorba, have assisted forest officials in tracing the poachers' exit routes after rhino poaching incidents. It ultimately leads to the arrest of perpetrators by forest and police officials. Belgian Malinois are world-class sniffer dogs who create an unbreakable bond with their owners," Dr Talukdar added.

In the last eight years, Zorba helped wildlife officials track down more than 60 poachers in the state and was ferociously involved in anti-poaching operations.

After being relieved from duty in December of 2019, Zorba was in intensive care in Aaranyak's K9 unit centre.

A member of the Aaranyak K9 unit said, "Perhaps a little more than most dogs, Zorba loved playing with balls. Besides my professional relationship with the hero, I'll miss playing with him." "There are distinctive characteristics to Zorba. Due to the nature of his duty, I have a special affection for him, and I know he did a lot of work", Mrigen Das, another handler of Zorba, stated.