Ashok Gehlot and Vasundhara Raje in cahoots with each other, alleges RLP's Hanuman Beniwal 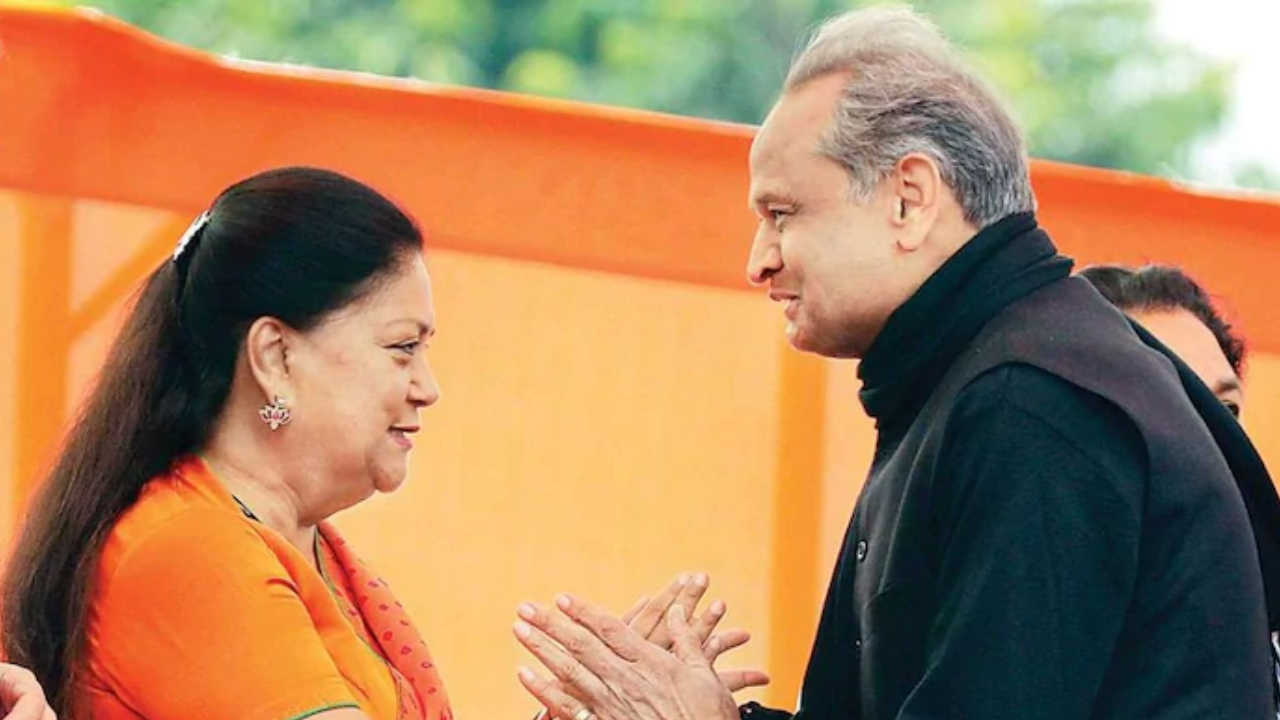 Jaipur: Rashtriya Loktantrik Party convenor Hanuman Beniwal has once again alleged that Rajasthan chief minister Ashok Gehlot and former CM Vasundhara Raje are in cahoots with each other and demanded their narco test.

Beniwal, who is MP from Nagaur and a Jat leader, is known for his blunt and outspoken speech and for stoking controversies. The RLP is a NDA ally but Beniwal has threatened to quit the alliance if the central government does not withdraw the farm laws

Beniwal has also consistently been attacking Raje and Gehlot and claiming that they are working in tandem to cover-up each other’s scams.

In his latest outburst on Friday, Beniwal said the truth of the alliance between the two leaders needs to be brought out in public interest.

In a series of tweets, he said since the last 22 years the people of Rajasthan are fed-up with this alliance between Gehlot and Raje who have covered-up each other’s corruption.

Targeting Raje, Beniwal said since the past two years crimes against women have risen sharply in Rajasthan but Raje has not bothered to issue any statement. Beniwal said whenever the Congress has made accusations against the BJP, Raje has remained quiet.

Beniwal listed a number of instances such as the mining scam, Mathur commission cover-up, single lease deed incident, transport scam, fun kingdom scam where he alleged the two leaders had helped save each other from the law.

These instances point to a Raje-Gehlot alliance, said Beniwal, who is a former BJP MLA who was suspended by the party in 2013 for his critical remarks against Raje.

Beniwal said during the political crisis triggered by former deputy chief minister Sachin Pilot’s revolt against Gehlot, Raje had helped save the state government instead of taking BJP’s side.

He said from the alliance and activities, it appears that both leaders have taken it upon themselves to destroy their respective parties. He said Raje’s critical statements on the second anniversary of the Gehlot government are a mere formality as she chose to stay quiet when she should have spoken.