Earlier in the day Gehlot also affirmed that Congress government will complete its five years and that the next budget will be dedicated to students and the youth.

Amidst the political crisis in Rajasthan, chief minister Ashok Gehlot on Saturday requested the people to give an another chance to the ruling Congress government in the state.

"Despite our good work, govt gets changed everytime," the CM said adding that earlier we lost as voters got swayed away under Modi wave.

"We were winning Madhya Pradesh, Chhattisgarh and Rajasthan in 2019 elections but lost," Gehlot added.

Earlier in the day Gehlot also affirmed that Congress government will complete its five years and that the next budget will be dedicated to students and the youth.

He also said the Congress will not let the BJP succeed in its plan to topple the government.

Attacking the BJP, he said, "They keep making efforts to ensure that our government does not complete five years. Earlier, too, the BJP tried horse trading but our MLAs were united and they did not budge. You can see the government was saved last time and it is still going strong." Gehlot appealed to the youth, students and the public in general to send their suggestions directly to him so the government can come up with better schemes.

Responding to the allegation that the Congress was not able to deliver a strong Opposition in the country, Gehlot said Rahul Gandhi's 'Bharat Jodo Yatra' had left the BJP government shocked and that it was left with no issue to attack the grand old party.

"When Rajnath Singh, Amit Shah and Nadda became the BJP presidents, no one knew. In the Congress, election is being conducted in a democratic manner. This election has given a message to the people of the country that the Congress is still in the position of giving a strong Opposition," Gehlot said. 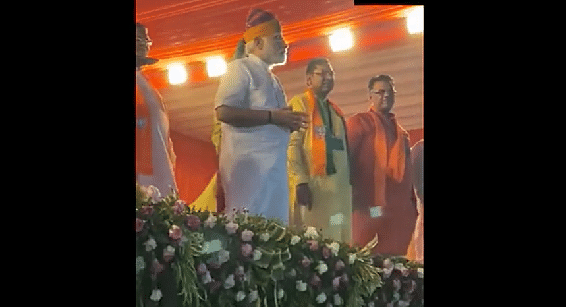