The 32 MLAs of UPA staying in a resort at Raipur would return on September 4.

Patna: A special session of the Jharkhand assembly shall be convened on September 5, according to Cabinet Secretary of the state Vandana Dadel.

She said the cabinet met at Project Bhawan at Ranchi under the chairmanship of Chief Minister Hemant Soren and he may move a vote of confidence.

The 32 MLAs of UPA staying in a resort at Raipur would return on September 4. The cabinet also decided to hire a special plane indicating the flight would be used for the UPA legislators.

Meanwhile, Jharkhand Governor Ramesh Bais today admitted having received communication from the Election Commission of India on August 25 regarding complaints of misuse of his office by the chief minister who is alleged to have allotted mines on the outskirts of Ranchi.

Bais said he was consulting the legal experts and had asked the ECI to make clarifications on two points in its recommendation. They relate to whether allotment of mines and later its cancellation amounted to Office of Profit.

A delegation of the UPA consisting of Congress MP, Ms Gita Koda, JMM MP, Ms Mahuva Manjhi working president of Jharkhand Pradesh Congress Committee, Bandhu Tirky, JMM spokesman, Supriya Bhattacharya met the Governor and complained about rumours about the move to disqualify Hemant Soren being floated from Raj Bhawan. They urged the Governor to make his stand on the Election Commission of India letter clear. Bais assured he would make the recommendations public within the next two days. 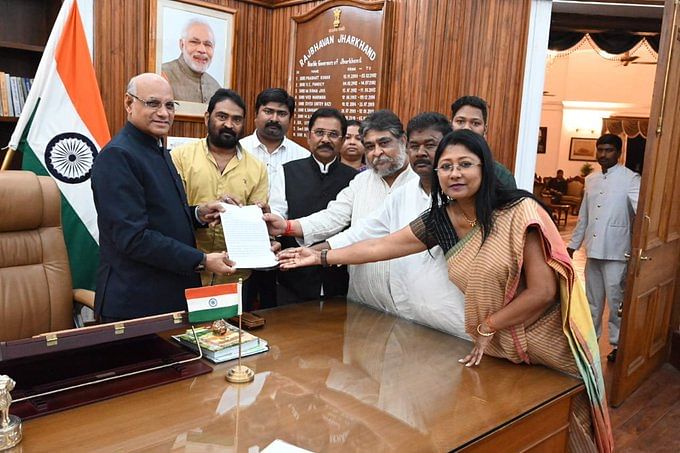