‘Aishwarya harassed me’: Rabri Devi in counter complaint against daughter-in-law

Patna: Aishwarya Rai, the estranged daughter-in-law of RJD chief Lalu Prasad, and her mother-in- law Rabri Devi have lodged complaints of torture against each other, while the police said steps would be taken as per law.

In her FIR, Rai also accused her husband Tej Pratap Yadav and sister-in-law Misa Bharti of dragging her by the hair, snatching away her mobile phone and other belongings before driving her out of their family residence here on Sunday, the police said on Monday. Rabri Devi, a former Bihar chief minister, has also lodged a written complaint of torture against her daughter- in-law.

"In her FIR, Aishwarya has named her husband, her mother-in-law and her sister-in-law for inflicting torture, atrocities and dowry demands," Women's police station SHO Arti Kumari Jaiswal told PTI. She also named as accused two security personnel deputed at Rabri Devi's 10, Circular Road residence. The station house officer (SHO) said action will be taken against the accused persons as per law. 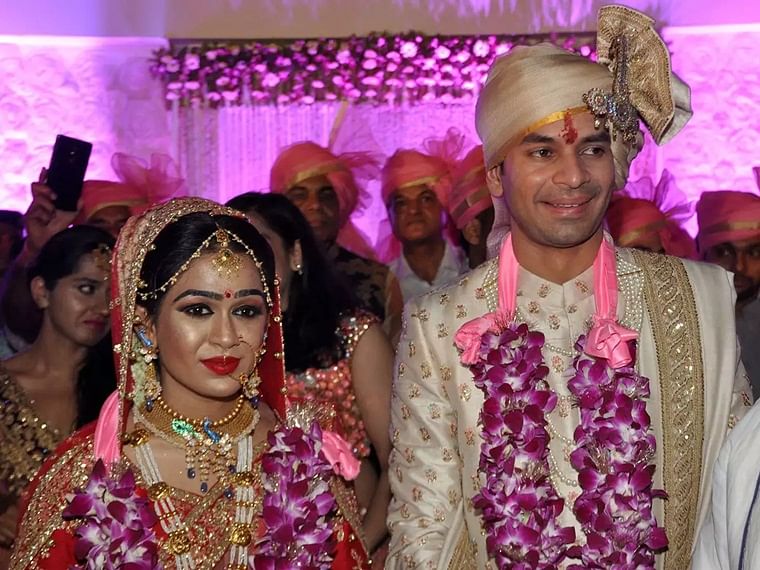 After Rai lodged her complaint, Rabri Devi also filed one in the Sachivalaya police station. "Rabri Devi has submitted a written complaint against her daughter-in-law Aishwarya for inflicting torture on her (Rabri Devi). The police are investigating," Sachivalaya police station SHO Raghunath Prasad said. Both the complaints were filed on Sunday evening. Yadav, elder son of Lalu Prasad, and Rai had tied the knot in May, 2018 and the former had filed a divorce petition six months later in November.

Although the divorce petition is pending before a court, Rai has been known to spend time at her in-laws' place which is a few hundred metres from the house of her father, RJD MLA Chandrika Rai. The drama unfolded late in the evening when Rai was found weeping outside the family's Circular Road residence. Rai told reporters on Sunday that she got a message on her mobile phone that Tej Pratap Yadav's supporters have pasted posters villifying her and parents across the Patna University campus.

When she protested, Rabri Devi "flew into a rage and began abusing me and, along with her female security guard, assaulted me physically," Rai alleged. "I was hit in my head, knees and feet, dragged by my hair and not allowed to put on my sandals and a shawl before being shoved out of the bungalow," she claimed. Rai said they have also snatched her mobile phone as she had shot video footage of their misbehaviour.

Her father who is RJD MLA Chandrika Rai, mother Purnima and younger siblings rushed to the spot on learning about the incident. Aishwarya's parents had on Sunday said, "The entire family deserves to be in jail." In September, Rai was similarly spotted outside her residence, complaining about misbehaviour at the hands of her in-laws. After a high drama that lasted for several hours, she had finally re-entered the house late in the night. Chandrika Rai said the situation has reached a point of no return now.

HomeIndia‘Aishwarya harassed me’: Rabri Devi in counter complaint against daughter-in-law