AIADMK leader and former Tamil Nadu minister in trouble: Man files case for cheating him of Rs 1crore while raids on at house

The complainant in the petition said that the former minister S P Velumani promised to award him a contract and took Rs 1.2 crore, but the contract was given to another person
FPJ Web Desk 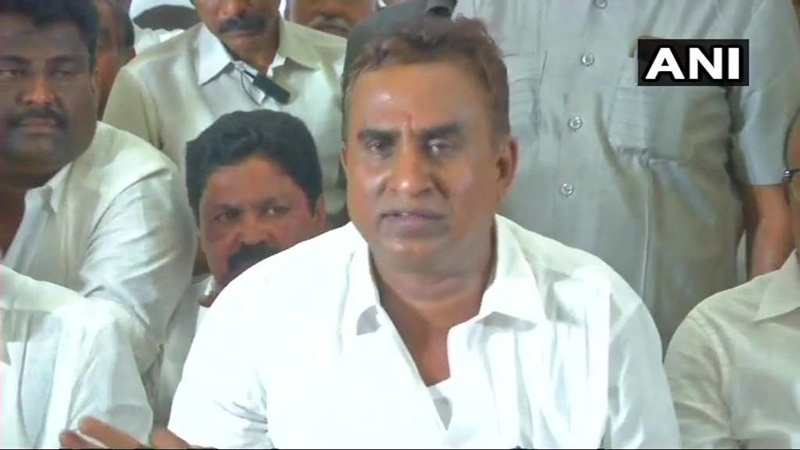 Chennai: A Coimbatore resident filed a cheating case against former Minister and AIADMK leader, S P Velumani. The case was registered while the Directorate of Vigilance and Anti Corruption (DVAC) sleuths were carrying out raids at Velumani's premises.

Thiruvengadam, 52 on Monday filed a case against Velumani at the Chennai Police Commissioner office alleging that the former minister had cheated him of Rs 1.2 crore.

The complainant in the petition said that the former minister promised to award him a contract and took Rs 1.2 crore, but the contract was given to another person. He alleged that even after repeated requests, the former minister turned down his plea, and hence he had to approach the police.

The complainant said that the minister took Rs 1.2 crore and his Personal Assistant Parthiban took Rs 5 lakh in 2016 agreeing to provide the contract to him. However, when he asked for the money, the duo threatened him, alleged Thiruvengadam.

He said that in 2021 Velumani had deposited Rs 5 lakh in his account and the AIADMK leader's associates Vinoth and Parthiban had threatened him that he would be eliminated along with his family if he asks for the money again.

He said that the police are yet to register a case against the former minister on his complaint.

Meanwhile, sleuths of the Directorate of Vigilance and Anti-Corruption (DVAC) are carrying out searches isimultaneously at 51 locations in Coimbatore, Chennai, Kancheepuram and Dindigul linked to former Municipal Administration Minister S P Velumani and his relatives, in connection with graft allegations against the AIADMK leader, police said on Tuesday.

A 10-member team was carrying out searches at the house of Velumani in Kuniyamuthur here, and that of of his relatives. According to police sources, the raids began around 7 am and are still underway. Scores of AIADMK workers were present outside Velumani's house here.

Here is the story so far

On July 19, the Tamil Nadu government informed the Madras High Court that the findings of a Comptroller and Auditor General (CAG) report concurred with the allegations of corruption levelled by an NGO against former AIADMK municipal administration minister S P Velumani. The allegations are over the awarding of contracts of the Chennai and Coimbatore municipal corporations.

Tamil Nadu advocate general (AG) R. Shunmugasundaram said that a detailed inquiry would be carried out and an FIR would be registered, if needed. The AG made the submissions on a PIL moved by Arappor Iyakkam (AI), a citizens’ campaign.

The petitions before the Madras HC relate to corruption in awarding Chennai and Coimbatore Municipal Corporation contracts, allegedly to relatives and benami individuals linked to Velumani as well as irregularities in road and stormwater drain tenders worth Rs 740 crore of the Chennai corporation.

Over the past five years, AI has filed 11 complaints with the DVAC, alleging loss of public money due to financial irregularities in the state administration.