The Congress leader said that Rahul Gandhi is perhaps one among the rare brand of leaders, who've fearlessly questioned the anti-people policies of the government.
IANS 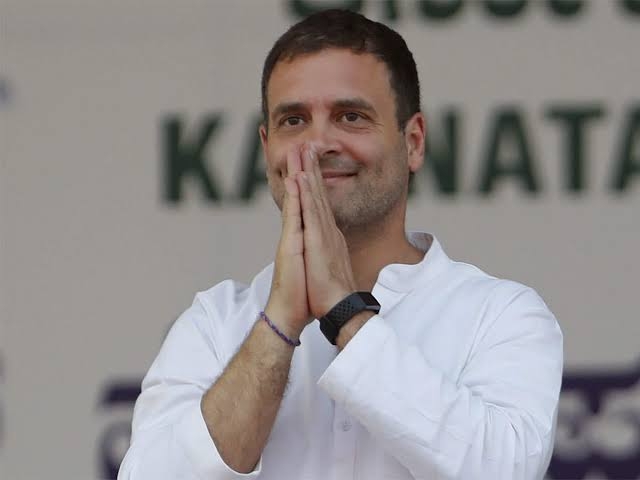 New Delhi: The Congress President will be chosen as per the electoral college of the party and 99.9 per cent of the members want Rahul Gandhi to lead the party as he is one of the rare brand of leaders who fearlessly take on the Narendra Modi government, says Congress national spokesperson Randeep Singh Surjewala.

Addressing a press conference here, Surjewala, who is also the General Secretary of the party, said: "Congress workers, including AICC leaders, will choose a person who is best suited for the post of party chief. It is my belief and many of many 99.9 per cent of Congress leaders and workers feel that Rahul Gandhi is the right person to lead the party and take on the Modi government," Surjewala said.

The Congress leader said that Rahul Gandhi is perhaps one among the rare brand of leaders, who've fearlessly questioned the anti-people policies of the government.

Responding to a question about the meeting of several party leaders, including those who had written to Sonia demanding an active President, Surjewala said that Sonia Gandhi had been unable to physically meet them on account of Covid-19 protocol for a considerable amount of time.

"Now she has decided that from tomorrow she is going to meet and decide various organisational issues. So this is not a meet of any specific group of leaders. This is not a meet of dissenters or rebels because we consider each leader and worker as part of our family," Surjewala said.

He said that the party has addressed the issues raised by some of the senior members of the party and it has already been decided to hold the election to the post of president.

"That process is underway, all the issues should be resolved with the announcement of the next election. There are no internal issues of dissent that are pending in the party of any nature," he said.

Surjewala said the BJP sometimes continues to propagate such insinuations which Congress leaders do not believe in, including those who have written the letter.

Sonia Gandhi is all set to meet Ghulam Nabi Azad, Shashi Tharoor, A.K. Antony, P. Chidambaram and several other leaders at her residence on Saturday morning.