A senior official in the Directorate General of Civil Aviation (DGCA) informed that these landings were made in Calicut, Chennai and Kolkata on Friday and Saturday.

New Delhi/Karachi: Three flights were diverted in the last few days following technical glitches, a recurring problem with some airlines.

While IndiGo's Sharjah-Hyderabad flight was diverted to Karachi on Sunday after pilots detected an engine snag, Air India Express's Calicut-Dubai flight was diverted to Muscat on Saturday night after a burning smell was reported in cabin mid-air; to cap it all, a live bird was found in the cockpit of Air India Express' Bahrain-Kochi flight on July 15, officials of aviation regulator DGCA said on Sunday.

The bird was found in the glove compartment on co-pilot's side when the plane was at 37,000 feet altitude.

Last but not the least, on July 14, IndiGo's Delhi-Vadodara flight was diverted to Jaipur after vibrations were noticed in the engine, albeit for a second.

After passengers of IndiGo’s flight 6E-1406, operating from Sharjah to Hyderabad, disembarked at Karachi, an alternate flight was arranged to ferry them to their destination.

On July 5, SpiceJet's Delhi-Dubai flight was also diverted to Karachi when the fuel indicator started malfunctioning.

Meanwhile, a PIL has been filed in the Delhi High Court seeking a direction to the Centre and concerned authorities to stop operating Spicejet, contending that the airline has reported several incidents of technical glitches.

The petitioner has also sought direction that passengers be compensated for the ordeal on board. The PIL, moved by a practising advocate and his four-year-old son, further contends that the errant airlines have violated the basic principles of rule of law which assures protection, safety and security of the passengers.

Recently the Directorate General of Civil Aviation (DGCA) admitted that, on an average, 30 incidents take place daily but these hardly have any safety implications. 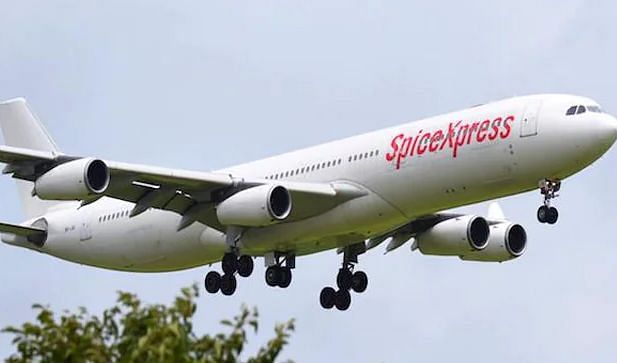