2022 UP by-polls: No 'chunavi samjhauta' with any party says BSP chief Mayawati

Elections for 403 assembly constituencies in Uttar Pradesh are due early next year.
ANI 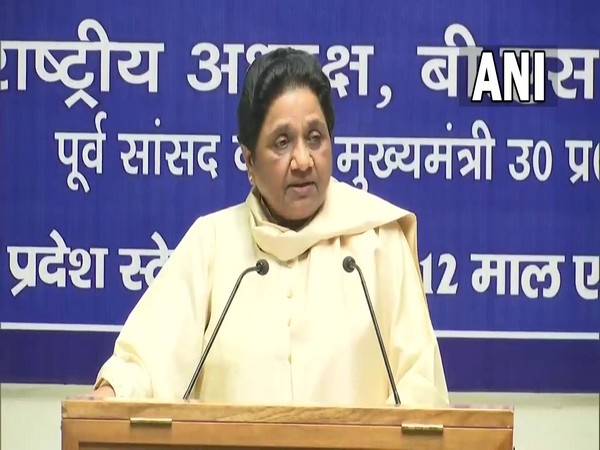 Ahead of the 2022 Uttar Pradesh polls, Bahujan Samaj Party chief Mayawati on Tuesday said that the BSP will not enter into an alliance with any political party and will get an absolute majority just like they did in the 2007 assembly elections.

"BSP won't have any "chunavi samjhauta" (poll agreement) with any party. We'll contest on our own. We are entering into an agreement with people of all sections of society to bring them together -this alliance is permanent. Don't intend to enter into an alliance with any party," said Mayawati. Further, BSP supremo alleged that Samajwadi Party (SP) and the Bharatiya Janata Party (BSP) are two sides of the same coin.

"We don't see any difference between SP and BJP. They are two sides of the same coin. They just want to make the polls a Hindu-Muslim matter," she said.

"We are confident that we will get an absolute majority, just like we got in 2007," the former Uttar Pradesh chief minister added. Mayawati also slammed the Congress Party and said that "People of the state aren't going to easily believe the several poll promises made by Congress party, just like SP. Had Congress fulfilled even 50 per cent of their poll promises they wouldn't have been out of power at the Centre, Uttar Pradesh and in most of the states."

Elections for 403 assembly constituencies in Uttar Pradesh are due early next year. In the 2017 Assembly elections, the BJP won a landslide victory winning 312 Assembly seats.

The party secured a 39.67 per cent vote share in the elections for 403-member Assembly. Samajwadi Party (SP) bagged 47 seats, BSP won 19 while Congress could manage to win only seven seats. 'UP elections will be lit': Twitterati amused as images of 'Samajwadi Party perfume' go viral