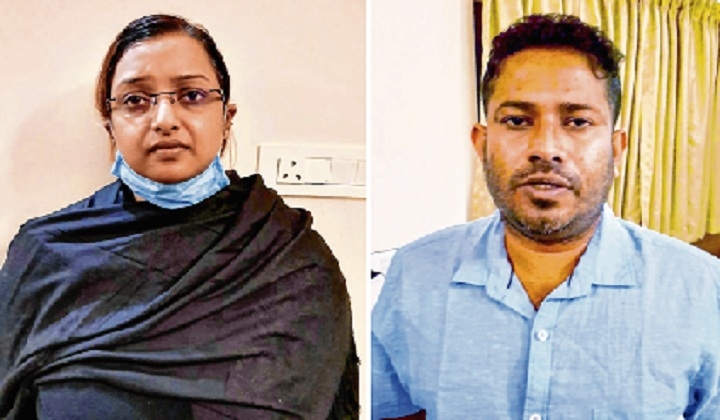 Kochi/Thiruvananthapuram: An NIA Court in Kochi on Sunday remanded in judicial custody the alleged kingpin in the sensational Kerala gold smuggling case and another key accused as central agencies expanded their scope of investigation and held more suspects for their role in the case.

Swapna Suresh and Sandeep Nair, the two key accused in the case were remanded in custody on Sunday, a day after their arrest from Bengaluru in the case leading to a political storm, targeting the Pinarayi Vijayan-led LDF government.

The arrested duo underwent the mandatory COVID-19 test before they were produced before the NIA special court, where the investigation agency moved an application seeking their custody for interrogation.

The Court, which for the time being remanded them in judicial custody, will on Monday consider the NIA application seeking custody of the accused. After their remand, the two were sent to coronavirus care facilities, official sources said. Meanwhile, widening the scope of probe, central agencies on Sunday searched various places in the state and picked up suspects allegedly having a role in the illegal trade of gold.

Kerala’s Minister for Industries and Sports EP Jayarajan complained to the state DGP after his photo taken during Kerala Chief Minister Pinarayi Vijayan's daughter's wedding was morphed to add gold smuggling case accused Swapna Suresh in it. The Minister's wife's face was replaced with that of Swapna. This morphed image was then circulated by several people including Youth Congress leaders.