India and the World

Apart from the Indo-Russian summit, India and Russia to hold 2+2 negotiations on December 6 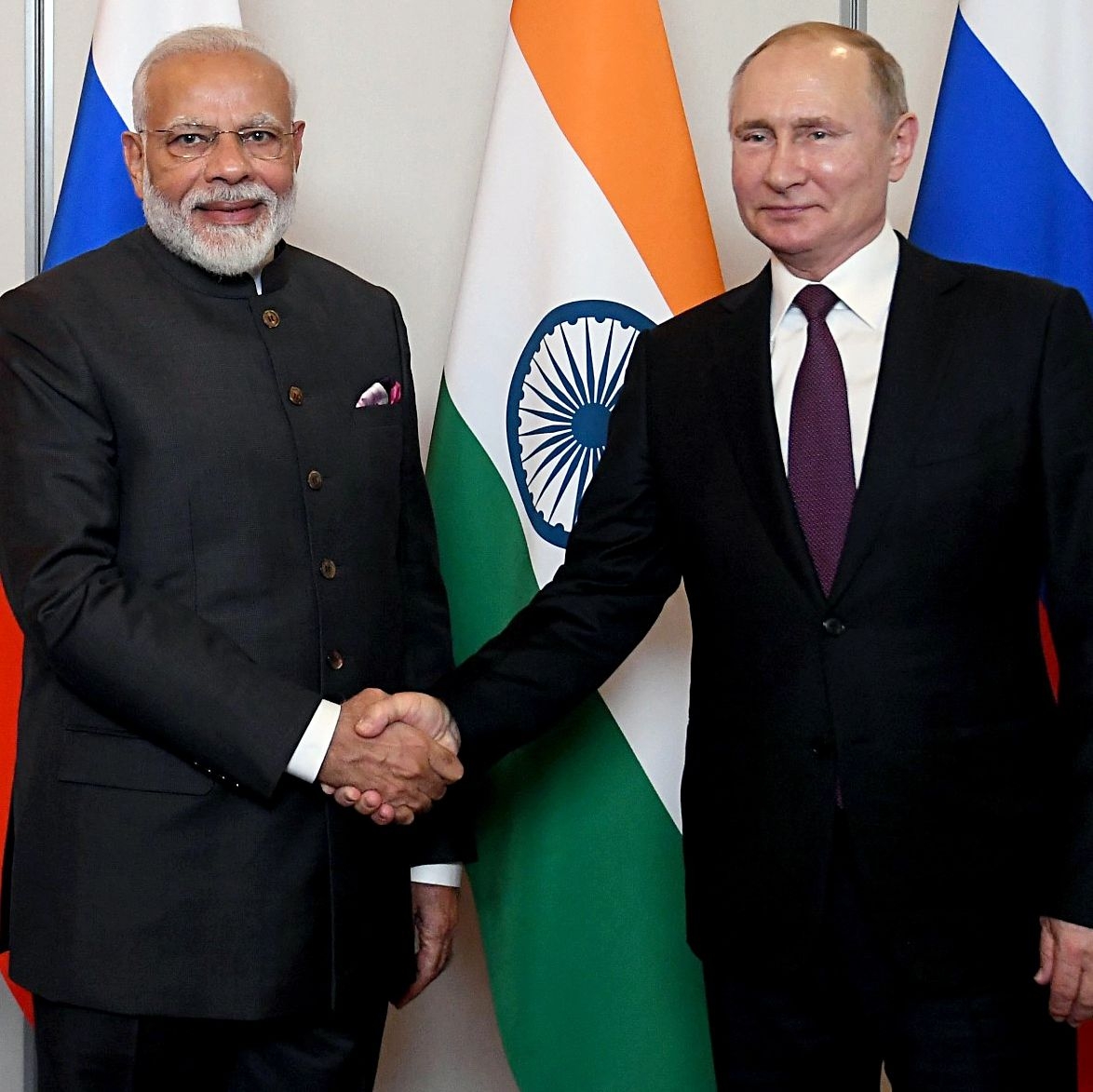 New Delhi: India and Russia are set to step up their ties on December 6, when Russian President Vladimir Putin will meet Indian Prime Minister Narendra Modi for a grand bilateral summit.

Separately, the Russian Defence Minister Sergey Shoigu and Foreign Minister Sergey Lavrov will also be in the Indian capital for a joint 2+2 conversation with their Indian counterparts, Rajnath Singh and S. Jaishankar.

The unusually busy day will begin with a meeting of the Indo-Russian Intergovernmental Commission, which will be headed by Rajnath Singh and Gen. Shoigu, highly placed sources engaged in the preparation of the summit said. This meeting will discuss a roadmap to bolster military ties between the two countries.

This will be followed by comprehensive 2+2 talks, where Singh and Jaishankar will jointly meet Shoigu and Lavrov. The two meetings will set the stage for the summit between Prime Minister Modi and President Putin on that very day in the afternoon.

India and Russia have farmed considerable common ground during the two recent visits to India by Russian National Security Adviser, Gen. Nikolai Patrushev, when he held detailed talks with his Indian counterpart, Ajit Doval. Patrushev's participation in the New Delhi regional security summit on November 10 was preceded by his earlier visit in September. Both visits focused on the developments in Afghanistan following the takeover of Kabul by the Taliban on August 15.

Both India and Russia agree that the Taliban must form an inclusive government, including the country's various ethnic minorities before the group can aspire for international recognition. Second, the two countries oppose the lifting of UN sanctions on the Taliban before this has been achieved. During the Delhi security conference, Patrushev especially named the anti-India Lashkar-e-Taiba (LeT) and the Jaish-e-Mohammad (JeM), which, he said, the Taliban must prevent from taking root in Afghanistan. The Iranian delegation during the conference also pointed to the negative influence of the Pakistan-backed Haqqani network on regional security.

A strong advocate of a regional approach to resolve the Afghan crisis, Moscow opposes the return of the United States in Afghanistan and the neighbouring Central Asian countries by gaining access to the region's military bases. It strongly opposes the presence of the Islamic State-Khorasan (ISK), which has an estimated strength of around 3,000 people. Other extremist groups that operate in Afghanistan include the Al Qaeda, the Islamic Movement of Uzbekistan (IMU) and the East Turkestan Islamic Movement (ETIM) which has nodes inside China's Xinjiang region, each with a strength of around 600-700 people.

Apart from Afghanistan, the December 6 discussions could include the state of India-China relationship, the situation in the Indo-Pacific region, South Asia and the India-Russia energy partnership in the Russian Far East.

The Indian side is acutely aware that in recent months, Russia is expanding its influence in South Asia -- a fact underscored by the docking of a Russian submarine in Sri Lanka and Moscow's resurgence in Africa. India will get first regiment of S-400 by this year-end: Russia's state arms exporter DG Alexander...