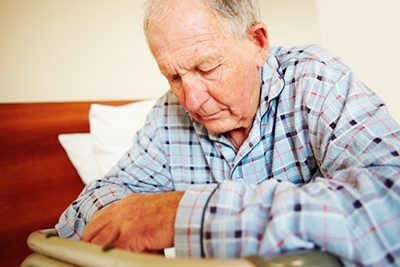 London : A team of researchers has come up with a two-drug combo that can help older adults with hard-to-treat depression, reports ANI.

More than half of older adults with clinical depression don’t get better when treated with an antidepressant, but results from a multicenter clinical trial that included Washington University School of Medicine in St. Louis indicates that adding a second drug, an antipsychotic medication, to the treatment regimen helps many of those patients.

The new study is the first to show that the same strategy also works in older adults. The two-drug combination relieved depression in a significant number of patients and also reduced the likelihood that they would have suicidal thoughts.

It’s important to remember that older adults may not respond to medications in the same way as younger adults, said first author Eric J. Lenze, adding there are age-related changes in the brain and body that suggest certain treatments may work differently, in terms of benefits and side effects, in older adults.

In the study, patients received the combination of venlafaxine and aripiprazole or a placebo. Aripiprazole often is prescribed to treat schizophrenia and manic episodes associated with bipolar disorder.

The two-drug combination led to a remission of depression in 44 percent of the treatment-resistant patients, compared with only 29 percent of those who had received the placebo. The study is published in The Lancet.