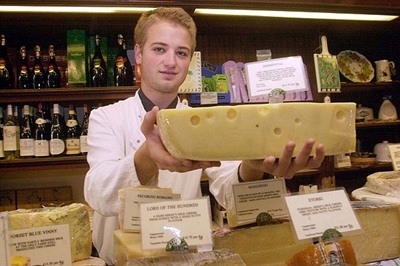 London : While you may have thought all sorts of reason behind why there are holes Swiss cheese, including mice eating their way through, it turns out it’s dirt that causes such gaps in food. According to government agricultural institute Agroscope, when the milk is collected in the bucket, “microscopically small hay particles” fall in, and expand into bigger holes as the cheese matures, reports the BBC.

The process affects selective Swiss cheeses like Emmental and Appenzell. It also explained why recent Swiss cheeses had lesser holes over the last 15 years, as the modern milking methods made it less likely for hay to fall into containers, added the laboratory. The theory about bacteria causing the holes has been around since 1917, following the findings published by an American scientist, William Clark.