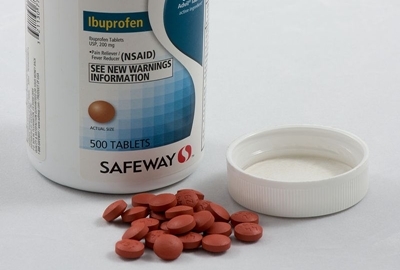 Washington: A common drug, Ibuprofen, which tackles pain and fever may also hold the key to a longer, healthier life, a study says.

“We first used baker’s yeast which is an established ageing model and noticed that the yeast treated with Ibuprofen lived longer,” Polymenis said.

“Then we tried the same process with worms and flies and saw the same extended lifespan. Also, these organisms not only lived longer but also appeared healthy,” he noted.

According to Polymenis, the three-year project showed Ibuprofen interferes with the ability of yeast cells to pick up tryptophan – an amino acid found in every cell of an organism.

Tryptophan is essential for humans who get it from protein sources in the diet.

“Ibuprofen is something that people have been taking for years, and no one actually knew that it can have some benefits for longevity and health span,” he pointed out.

The treatment, given at doses comparable to the recommended human dose, added about 15 percent more to the species lives.

In humans, that would be equivalent to another dozen or so years of healthy living.

“This study was a proof of principle to show that common, relatively safe drugs in humans can extend the lifespan of very diverse organisms. Therefore, it should be possible to find others like ibuprofen with even better ability to extend lifespan, with the aim of adding healthy years of life in people,” the author emphasised.

Ibuprofen is a relatively safe drug that was created in the early 1960s in England.

It was first made available by prescription and then, after widespread use, became available over-the-counter throughout the world in the 1980s.

The research was published in the journal Public Library of Science-Genetics.