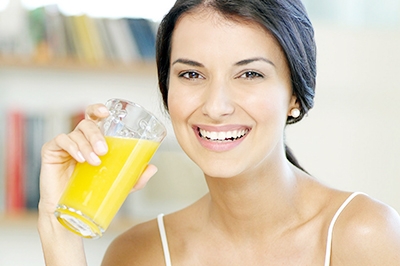 New York : Frequent consumption of citrus – namely whole grapefruit and orange juice – is associated with an increased risk of skin cancer, a new US study has found, reports PTI.

A new analysis of dietary patterns among more than 100,000 Americans found that melanoma risk was 36 per cent higher in people who consumed citrus fruit or juice at least 1.6 times daily compared to those who consumed them less than twice per week.

The researchers said that the apparent link between melanoma and citrus fruit consumption may be due to high levels of substances called furocoumarins found in citrus fruits. Prior research showed that furocoumarins make the skin more sensitive to sunlight, including to melanoma-causing ultraviolet (UV) rays.

“While our findings suggest that people who consume large amounts of whole grapefruit or orange juice may be at increased risk for melanoma, we need much more research before any concrete recommendations can be made,” said lead study author Shaowei Wu, a postdoctoral research fellow at the Department of Dermatology, the Warren Alpert Medical School of Brown University in Providence, Rhode Island.

“At this time, we don’t advise that people cut back on citrus – but those who consume a lot of grapefruit and/or orange juice should be particularly careful to avoid prolonged sun exposure,” Wu said.

The analysis included data on 63,810 women in the Nurses’ Health Study (1984 – 2010) and 41,622 men in the Health Professionals Follow-Up Study (1986 – 2010). Questionnaires at various intervals assessed dietary intake (at least every four years) and collected information on medical history and lifestyle factors (every two years).

A serving of citrus fruit was defined as the equivalent of half of a grapefruit, one orange, or a small glass of grapefruit or orange juice. Over a follow-up period of up to 26 years, 1,840 (1.7 per cent) study participants were diagnosed with melanoma.