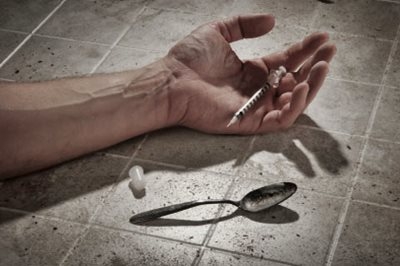 Thane:  A 45-year-old woman was arrested today for allegedly murdering her 20-year-old drug addict son at their residence in Dombivali in Thane district, police said. The incident occurred last afternoon when the accused, identified as Pyari Chowdhary, allegedly strangulated Ashok to death with a computer wire, said inspector IM Chikalghar of Vishnu Nagar police station. He said Ashok was a drug addict and would often demand money from his parents. According to police, Ashok had demanded Rs 1000 from his mother for repairing his vehicle, which she refused to part. “This threw Ashok in a rage who thrashed his mother with belt,” the police officer said. The woman allegedly strangulated Ashok at around 4 PM apparently when he was asleep. A complaint was lodged by the victim’s elder brother.