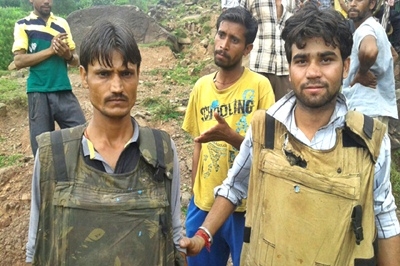 Islamabad: Pakistani authorities denied on Thursday that a terrorist caught in Udhampur in India was a Pakistani.

The denial came from Pakistan’s National Database and Registration Authority (NADRA). The statement followed Indian allegations that the young terrorist, identified as Usman Khan alias Muhammad Naved, was a Pakistani from the town of Faisalabad who sneaked into India recently.  Dunya news cited official sources as saying that suspect was not a Pakistani as information about him was not found in NADRA’s records. NADRA said images of the terrorist shown on Indian television did not match any Pakistani citizen. The terrorist was caught on Wednesday shortly he and a fellow militant shot dead two Border Security Force troopers. After the fellow militant was killed, Usman fled to a nearby village where he was caught.