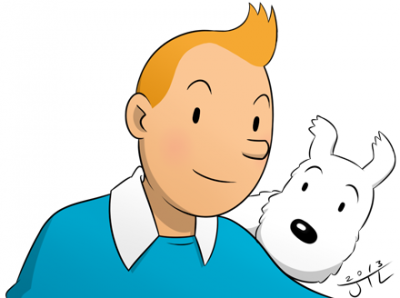 Paris: Fictional cartoon detective Tintin, on turning 86 Saturday, expressed his solidarity with the victims of a French satirical magazine in an attack by two gunmen in Paris.

“His anniversary is marked by the most horrible recent attacks against, among others, employees of Charlie Hebdo,” a post on Tintin’s official website said. The offices of Charlie Hebdo magazine were attacked by two brothers – Cherif and Said Kouachi – Jan 7. They killed 12 people, including the chief editor.

Tintin, the amazing young reporter and sleuth with the unforgettable quiff created by Georges Remi, better known as HergÃ©, appeared for the first time in Jan 10, 1929 in the comic strip called “Le Petit VingtiÃ¨me”, together with his loveable, trusted canine partner, Snowy. “Tintin expresses its solidarity with the families of the victims,” the posting said.

Since its first appearence, Tintin comics have been published in more than 70 languages with sales of more than 200 million copies worldwide. It was also transformed into a movie titled “The Adventures of Tintin” in 2011 directed by legendary Hollywood director, Steven Spielberg.