There is no good or bad terrorism, Narendra Modi at SAP Centre 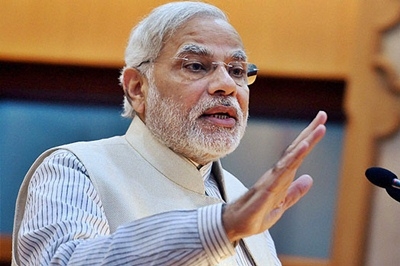 San Jose: Terrorism cannot be defined as good or bad terrorism, Prime Minister Narendra Modi said and took a dig at the UN, saying if the world body takes so long to define terrorism how will it uproot the menace.

Addressing a cheering Indian community at the SAP Centre, Modi said he hoped the UN would come to a decision on how to define terrorism.  “We cannot safeguard humanity if we do not come to an agreement on what constitutes terrorism. Terrorism is terrorism, there can be no differentiation between good and bad terror,” he told Indian community members.

Recounting his interactions with US State Department officials many years ago, he said that in 1993 when he mentioned to them that India was afflicted with terrorism, they refused to acknowledge it as terror and insisted it was only a law and order problem. He said after the US itself faced the 2001 terror attack, the tone and tenor of US State Department officials changed on the issue of terrorism. “…my country had been afflicted by it for the past 40 years,” he said.

“The world has to realize that terrorism can hit anyone at anyplace, and it is the world’s responsibility to recognize it and unite against terrorism,” he said, adding that he will raise this issue at all international fora. Modi said that in the 70th anniversary year of the Unit it is the responsibility of the world body to unite and fight terrorism for the world to live in peace. “I come from the land of Mahatma Gandhi and the Buddha, the icons of peace,” he said.