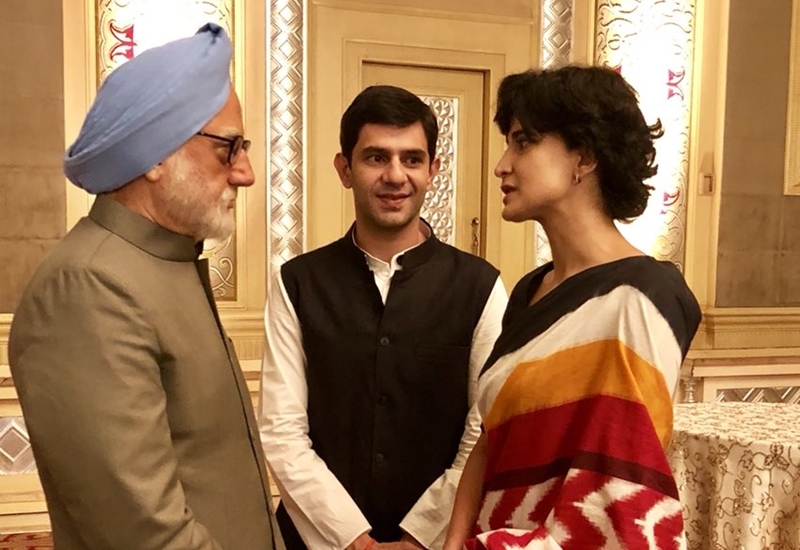 New Delhi: The Supreme Court on Thursday refused to accord urgent hearing on a plea challenging the January 7 order of the Delhi High Court which had disposed of a petition seeking to ban the trailer of upcoming movie, ‘The Accidental Prime Minister’.

The matter was mentioned for urgent listing before a bench headed by Justice A K Sikri which said the matter would come up for hearing in the regular course. The film is scheduled for release on January 11. The movie, which stars Anupam Kher as former prime minister Manmohan Singh, is based on a book of the same name by Singh’s then media advisor Sanjaya Baru.

The plea in the apex court has sought stay on exhibition of trailer of the film on YouTube and to suspend the release and exhibition of the movie during pendency of the matter. The high court on January 7 had disposed of the writ petition against the trailer but left it open for petitioner to file a public interest litigation (PIL).

The appeal against the January 7 order was filed by petitioner Pooja Mahajan in the top court on Wednesday, hours after a division bench of the high court had dismissed the PIL which had sought a ban on both — the film and its trailer — alleging it defamed the constitutional post of Prime Minister.

The appeal, filed through advocate A Maitri, has claimed that “at present if the film ‘The Accidental Prime Minister’ is allowed to be released then it will cause unaccountable damage to the name and fame of the office of Prime Minster of India”.

It has alleged that Central Board of Film Certification (CBFC) should not have given certification to the film as actors have performed the “character of public personalities”, like Manmohan Singh, Congress president Rahul Gandhi and his mother Sonia Gandhi which constitutes an offence under section 416 (cheating by personation) of the Indian Penal Code.

“It is a known fact that film producers have not taken any consent/permission from Manmohan Singh, Sonia Gandhi and Rahul Gandhi to perform their characters or to perform their political life or to dress up in the same way as they had been doing in their normal life or to copy their voice in any manner,” the plea has alleged.

It further claimed that it “seems that film makers, producers have made an attempt to make commercial gains and the act of ‘impersonation’ have been committed deliberately to defame the office of Prime Minister just to hype the excitement amongst the prospective viewers”.

“The release of film is likely to cause unaccountable damage to high profile public personalities i.e. Manmohan Singh, Sonia Gandhi,” it claimed, adding, “it seems that film has been produced in a selected manner and it clearly shows that it’s a political propaganda with some other motives”.

It alleged that promo of the film showed that the movie has been produced “simply to damage the image” of Singh.

A division bench of the high court had Wednesday rejected the PIL seeking ban on the movie and its trailer saying the petitioner has no locus standi to file the plea and private interest was involved in it.

The petitioner had alleged in the high court that provisions of the Cinematograph Act were being misused and the film producer has released the trailer affecting the image of the office of the prime minister and giving a bad name to it at the national and international level.

Advocate Sangram Patnaik, appearing for film producers Sunil Bohra and Dhaval Gada, had told the high court that the plea was not maintainable and how the production house was not made a party in it.

The plea has arrayed the Centre, through the Ministry of Information and Broadcasting, the Central Board of Film Certification (CBFC), Google (India) and YouTube as parties.