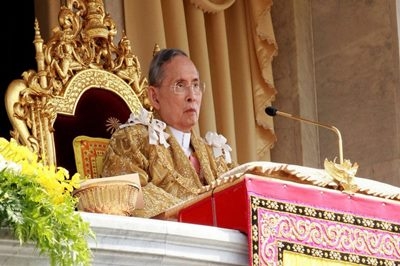 Bangkok: Thailand’s revered King Bhumibol Adulyadej has been treated for excessive fluid on his brain, and is now recovering, the palace has said amid concern over  the health of the world’s longest-serving monarch. The 87-year-old, who has been in hospital since May 31, also had a lung inflammation, but the latest results showed the issue has since subsided. An electrocardiography found his heart rate regular. A team of doctors confirmed that the breathing and blood pressure of the monarch, who has had frequent bouts of ill health in recent years, were back to normal, the palace said in a statement.

A CAT scan in May found that the King had elevated levels of cerebrospinal fluid, but it is now at close to normal levels, said the Royal Household Bureau which controls news about Thailand’s royal family. His medical team proceeded to gradually drain the fluid, after which the levels declined steadily. A CAT scan on Aug 5 confirmed the levels were close to normal, the statement added. During his stay at the hospital, the king intermittently had a high body temperature, phlegm, rapid breathing and an elevated heart rate, which the medical team believed was caused by earlier lung inflammation.

The king, perceived as a near-deity by many in Thailand, is seen as a pillar of stability in the country which has seen political strife culminating in last year’s coup. Though the king has no formal political role, he is seen as a symbol of unity, having ruled since 1946, and his health is closely watched.