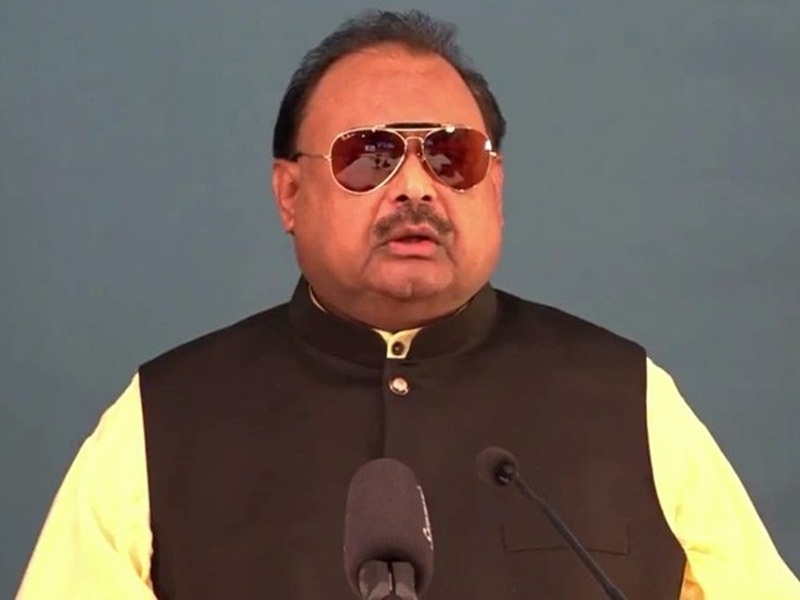 London [UK]: The founder of Muttahida Quami Movement (MQM) has said that terror outfits such as Jaish-e-Mohammed (JeM), Jama’at-ud-Da’wah (JuD) and Lashkar-e-Taiba (LeT) are the “children of Pakistan Army”, adding that the “so-called action” by Pakistan against these outfits are just an “eye-wash to deceive the world.”

“Under the guise of action, Pakistani authorities are taking them under protective custody to provide shelter,” Altaf Hussain, MQM’s founder-leader said, adding that true action against these terror outfits cannot be taken by Pakistan. In his latest address, Hussian also said the current tensions between India and Pakistan is not a war-like situation but actually the “beginning of another war”. He added that the Pulwama attack has “fully exposed the deep root nexus between the Pakistan Army and religious Jihadi outfits”.

Hussain said that the Punjabi dominated army establishment had launched many army operations in Balochistan, Khyber Pakhtunkhwa, FATA areas and Sindh against Mohajirs, “other oppressed nations” and minorities and they have converted Pakistan into “Punjabistan”. “At present all smaller nations have been made colonies by Punjabistan,” Hussain said, mentioning that if the ongoing army operations and “policy of suppression” against Balochs, Pashtuns, Mohajirs and other “oppressed nations” are not stopped and their genuine grievances are not addressed then “nature will takes its own course as it has already taken in 1971, in the form of debacle or disintegration of Pakistan”.

He also talked about the call for the right to self-determination for Mohajirs and other “oppressed nations”. “Altaf Hussain said that since the inception of Pakistan, the Mohajirs and other oppressed nations have been subjected to alienation and denied their equal right by the establishment. This situation can only lead to the movement for self-determination, which is guaranteed under the United Nations charter. The onus is on the state, hold a referendum for the oppressed nations and let them decide how they want to live.

A life of discrimination and prejudice will not be accepted anymore,” a press release issued by Hussain outlined. Hussain, citing US as an example, said that the United States has 50 sovereign states, where every state has its own flag and the autonomy to run their affairs. “So Mohajirs, Sindhi, Pashtuns and Balochs don’t want to live with Punjabi military any more, they want full autonomy like the states of USA,” he said.

“If ethnic cleansing is being carried out against Mohajirs, then we can move before the ICJ (International Court of Justice) for crimes against humanity,” he said. “We are committed to raising our issue before the United Nations who will ensure that a fair referendum for the right of self-determination (is held),” the statement noted. Hussain also appealed to the international community to use their “good offices to stop ongoing state brutalities against Mohajirs, Balochs, Pashtuns, Sindhi, Saraiki, Gilgiti, Baltistanis, Hazaras and other oppressed minorities” in Pakistan.

He further asked the international community to understand the plight and miseries of “oppressed nations” and help them to live with honour and dignity. He appealed to the UN, asking the organisation to send their troops in Pakistan for safeguarding Mohajirs, Balochs, Pashtuns and other oppressed nations, “because, in Pakistan, nobody is available for their safety and security”.

MQM’s founder also said that while Pakistani media highlights the situation in Kashmir, “ it is surprising that Indian media does not televise the brutalities and ongoing army operation and genocide of Mohajirs, Baloch and others”. “In Karachi, thousands have been killed extra-judicially and thousands are enforcedly disappeared and thousands are languishing in jails, while in Balochistan, mutilated bodies of innocent Baloch are found daily,” he revealed.