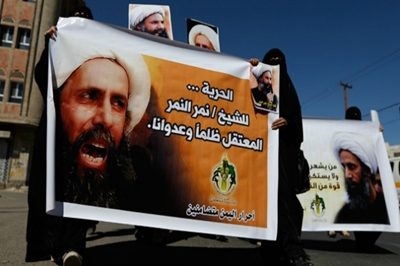 “The Saudi government supports terrorist movements and extremists, but confronts domestic critics with oppression and execution… the Saudi government will pay a high price for following these policies,” he said, quoted by the official IRNA news agency.

Nimr, 56, was a driving force of the protests that broke out in 2011 in Eastern Province, where the Shiite minority of Saudi Arabia complains of marginalisation. “The execution of a figure like Sheikh al-Nimr, who had no means to follow his political and religious goals but through speaking out, merely shows the extent of irresponsibility and imprudence,” said Ansari.

For its part, the Basij student militia connected to Iran’s elite Revolutionary Guards called for a demonstration on Sunday afternoon in front of the Saudi embassy in Tehran.