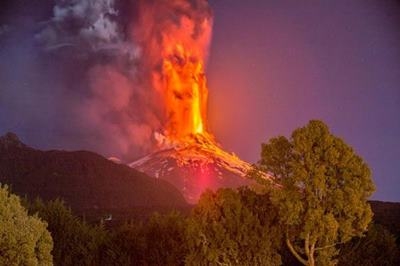 Tokyo: At least 120 residents were evacuated to safety after a volcano erupted in Japan’s Kuchinoerabu island on Friday. The Japan Meteorological Agency (JMA) issued alerts demanding local residents to leave the island after it upgraded its warning from level 3 to level 5, the highest level of its volcano alert system, Xinhua news agency reported.  A volcano had also erupted in August last year.  There were no immediate reports of casualties and damages.  The volcano erupted blasting plumes of black smoke high into the sky. A pyroclastic flow of super-heated gas and rock flowed down the side of the peak and reached the ocean.