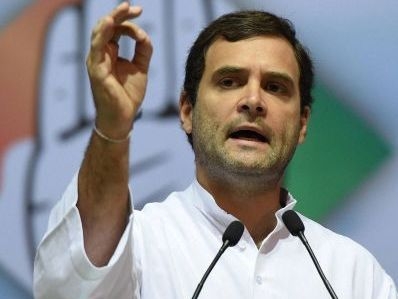 New Delhi: Congress vice president Rahul Gandhi on Tuesday launched an attack on Prime Minister Narendra Modi saying he was busy with his personal PR and no concrete work has been done even though the NDA government has been in power since May.

“Since the month of May NDA government is in power and the Prime Minister is involved in his personal PR but no concrete work has been done. People are asking when he would stop saying things and will begin the work,” said Rahul.

The Congress scion, who led a road show in the capital ahead of the Delhi assembly polls today, added that his party would stand with the poor and lead the nation to the right track once again.

“Congress is the party is for the poor and for the weak. We will come back to stand with the poor and hold their hands and once again lead the nation to the right track,” he added.

Rahul also underlined the three main issues that his party would focus on in Delhi.

“Our main issue is everyone should have space in Delhi, electricity and water at lower price is what we want to give to everyone. Three issues will be focused on: lower rate of electricity and water, right to shelter and making temporary workers permanent,” he pointed out.

“Saying such things about Prime Minister Modi who is being lauded shows Rahul Gandhi’s pettiness. Rahul Gandhi should be spending some time in Amethi rather than on his holidays abroad,” said party spokesperson GVL Narsimha Rao.