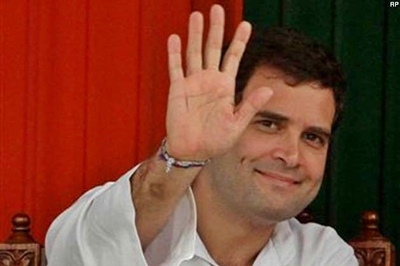 New Delhi : In an attempt to silence all the criticism surrounding his absence, Congress vice-president Rahul Gandhi had posted a picture on Twitter of himself attending a conference in Aspen. “Congress VP Rahul Gandhi posts a picture of himself attending a tech conference in Aspen” tweeted Office of RG. The picture posted on the twitter claimed Gandhi’s presence in the ‘New Media and International Affairs Conference’ in Colorado. The Bharatiya Janata Party (BJP) had earlier accused the Congress Party of contradicting itself on the absence of Rahul Gandhi. However, the Congress Party claimed that Rahul was on a personal trip to Aspen (U.S.) to attend a conference, asserting that he will continue to lead their campaign in Bihar for the upcoming assembly polls.