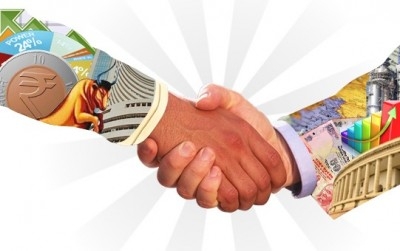 “Given its riskiness, pension and insurance funds have sensibly limited their exposure to these projects. This current state of the PPP model is due to poorly designed frameworks, which need restructuring,” the survey suggested. The existing contracts focus more on fiscal benefits than on efficient service provision. For example, in port and airport concessions, the bidder offering the highest share of gross revenue collected to the government is selected.

The contracts neglect principles allocating risk to the entity best able to manage it. Instead, unmanageable risks, e.g., traffic risk in highways, even though largely unaffected by their actions, are transferred to concessionaires. This is also true for railways and in part for ports and airports.

Another flaw in the existing framework is the default revenue stream or directly collected user charges. Where this is deemed insufficient, bidders can ask for a viability grant, typically disbursed during construction. “This structure leaves the government with no leverage in the case of non-performance, with few contractual remedies short of termination,” it said.

Fiscal reporting practices also affect this choice as the current accounting rules treat future committed expenditure as contingent liability. However, foregone future revenue is not accounted for. If the government or the bureaucrat restructures a project, there are no rewards, instead it may lead to investigation for graft.

Failed projects lead neither to penalties nor investigation as a result the bureaucrats naturally avoid renegotiation.

The PPP contracts are over-dependent on market wisdom. In case of bidders in ultra-mega power projects (UMPP), the developers could index tariff bids to both fuel prices and exchange rates, but almost all chose very limited indexation or provision for increase in prices of various components.

“When fuel prices rose and the rupee fell, these bids became unviable. To enforce market discipline and penalise reckless bidding, these projects should have been allowed to fail,” it said.