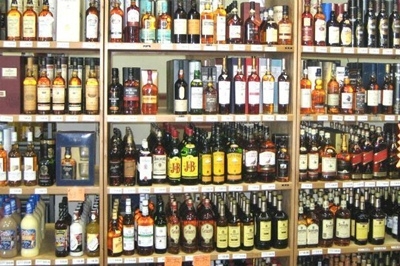 Patna: As part of the special drive ahead of the Bihar Assembly elections, unaccounted cash of over Rs 34 lakh was seized from across the state today in addition to 11,580 litres of illegal liquor. Briefing reporters about the outcome of the drive during the day, Additional Chief Electoral Officer (ACEO) R Lakshamanan said Rs 29,50,000 cash was seized in Patna district itself during the operation.

Rest of the cash were seized during hectic search of vehicles in Madhubani, Nawada and Rohtas districts, he said. The ACEO said 11,580 litres of illegal liquor was seized in raids across Bihar.

Lakshamanan said 122 cases have been registered under Defacement in Public Property (wall writing, posters, banners), 35 for misuse of vehicle, 5 for violation of Loudspeaker Act and 2 of illegal meeting/speech. On the law and order front, four arms/weapons and 30 cartridges were seized, he said. A total of 734 no -bailable warrants were executed, Lakshamanan said.