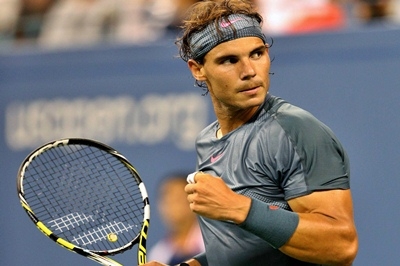 Johannesburg : Spanish tennis player Rafael Nadal believes that he finished his 2015 campaign quite well and hopes that he would make a strong comeback in the upcoming season as well.

The 29-year-old, who considered himself optimistic and healthy, insisted he is working extremely hard to get the opportunities to compete in the best tournaments ahead.

Nadal said that although he didn’t have the best season, he is number five in the world, Sport24 reported.

The Spaniard also declined the suggestions of adopting the playing style of his great rival Roger Federer and said that he has his own style of playing.

He added that he works harder each day in order to turn himself into a much better player.

Nadal, who endured his worst slump of his career by falling to 10th in singles rankings, climbed back to fifth after a string of success late in the year. The 14-time Grand Slam champion ended the season with a top-four finish at the ATP World Tour Finals.

Nadal showed glimpses of his top form when he overcame Andy Murray, David Ferrer and Stan Wawrinka in the group stages at London’s O2 Arena in the season-ending tournament.