One shot dead over land dispute in UP 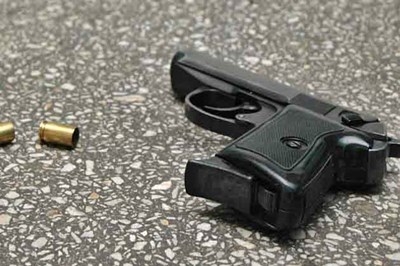 Ballia (UP): A 35-year-old man was shot dead by his distant relative over a land dispute in Alampur village in Gadwar area, police said today.

Shivnarain Singh was shot by one Chandan Singh last night, they said. Shivnarain was then rushed to the hospital, where he was declared brought dead, they added.

Superintendent of Police, Anis Ansari said that the incident was stated to be fallout over a land dispute.

An FIR has been registered in this regard and police has launched a manhunt to nab the accused.