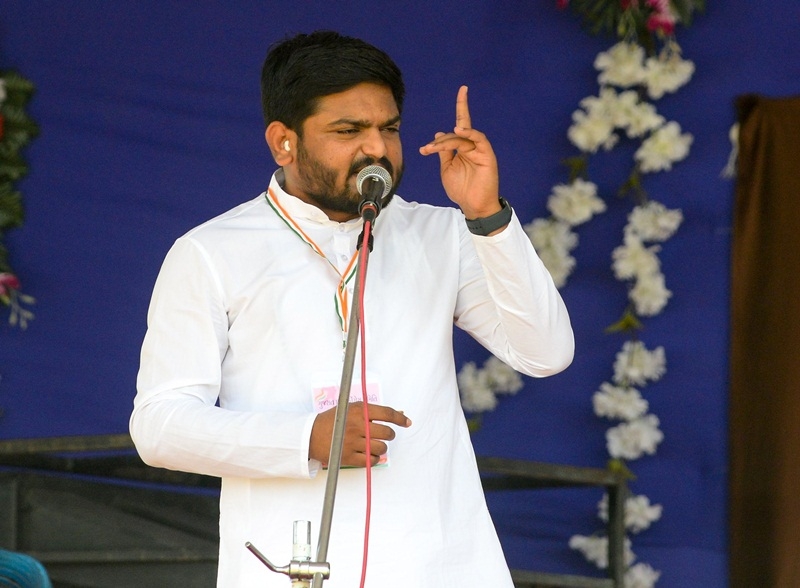 Bhopal: Congress leader Hardik Patel Tuesday said Prime Minister Narendra Modi is staring at defeat in the Lok Sabha polls and claimed his party will get more seats than the BJP in Gujarat.

He also slammed Modi over his remarks against former Prime Minister Rajiv Gandhi. “After the five phases of Lok Sabha elections, the smile on Modi’s face has worn out. The BJP and Modi know they are staring at defeat,” he said. “Modi is still misleading the country,” said the Patidar quota agitation leader from Gujarat while speaking to reporters here. “I don’t claim the Congress will sweep the Lok Sabha elections in Gujarat. But I am sure the Congress will get one seat more than the BJP in Gujarat (which has 26 seats), said the 25-year-old activist-turned-politician.

Slamming Modi for his remark against Rajiv Gandhi, he said, “I feel it (the statement) is very unfortunate for the nation.” Speaking at an election rally at Pratapgarh in Uttar Pradesh last week, Modi had dubbed Rajiv Gandhi as “corrupt number 1”. “The Prime Minister used foul language against Rajivji who heralded communication revolution and strengthened the country, Patel said. “The Prime Minister is trying to show Rajiv Gandhi in a poor light. In our society no one gives wrong statement against a dead person, he said.

“I am saddened by these statements against Rajivji,” the Congress leader said. Patel claimed Congress president Rahul Gandhi would be the next Prime Minister. “The BJP could not fulfil its 2014 general election promises like generating 2 crore jobs a year and depositing Rs 15 lakh in the bank accounts of people,” he said. Patel said as the BJP has done nothing in its five- year rule, the party is now harping on nationalism, trying to divide Hindus and Muslims and spread hatred between India and Pakistan for electoral gains.