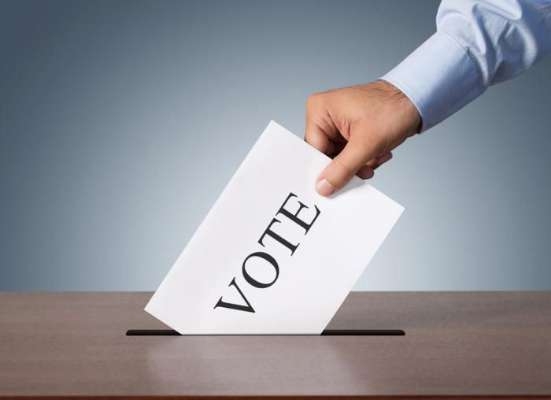 Thane: Nearly 81 lakh voters will get an opportunity to decide the fate of 78 candidates contesting the Lok Sabha polls in Maharashtra’s Thane and Palghar districts where voting will be held on Monday, officials said. Elaborate security arrangements have been made for the smooth conduct of the polls, Thane collector Rajesh Narvekar told reporters here on Saturday.

There are total 62.22 lakh voters in Thane district where 6,715 polling booths have been set up, according to official figures. Narvekar said rooms where the electronic voting machines (EVMs) will be stored will have three-tier security cover comprising personnel from the Central Reserve Police force (CRPF), State Reserve Police (SRP) and local police.

Besides, the vehicles transporting election material and senior poll officials will be equipped with the global positioning systems (GPS), he said.

In the adjoining Palghar district, which is witnessing Lok Sabha polls for the first time after being carved out of Thane, there are total of 18.85 lakh voters, its collector Prashant Narnavre said. The Election Commission has refused sanction to seven auxiliary polling booths in Palghar, a release from the election office said.

These seven polling centres, located in Boisar area, have been merged with the regular booths, it said, adding that Palghar district will now have total 2,170 booths. In the Thane Lok Sabha seat, sitting Shiv Sena MP Rajan Vichare is pitted against NCP’s former parliamentarian Anand Paranjpe.

In Bhiwandi seat of Thane district, sitting BJP MP Kapil Patil is locked in a battle with Congress’ Suresh Tawre. In Kalyan seat of Thane, the main contest is between Sena’s sitting MP Shrikant Shinde and NCP’s Babaji Patil. In Palghar Lok Sabha seat, sitting MP Rajendra Gavit, who recently quit the BJP to join the Sena, is facing former parliamentarian Baliram Jadhav of the Bahujan Vikas Aghadi, an ally of the Congress-NCP.

Shiv Sena chief Uddhav Thackeray, NCP president Sharad Pawar and state Chief Minister Devendra Fadnavis addressed several rallies in the two districts. The BJP-Sena combine targeted the Congress over ‘failures’ of its previous governments, while the opposition parties slammed the NDA government for its decisions like demonetisation and implementation of the GST. Polling for the fourth phase in the state’s 17 constituencies, including those in Thane, Palghar and Mumbai, will be held on Monday.