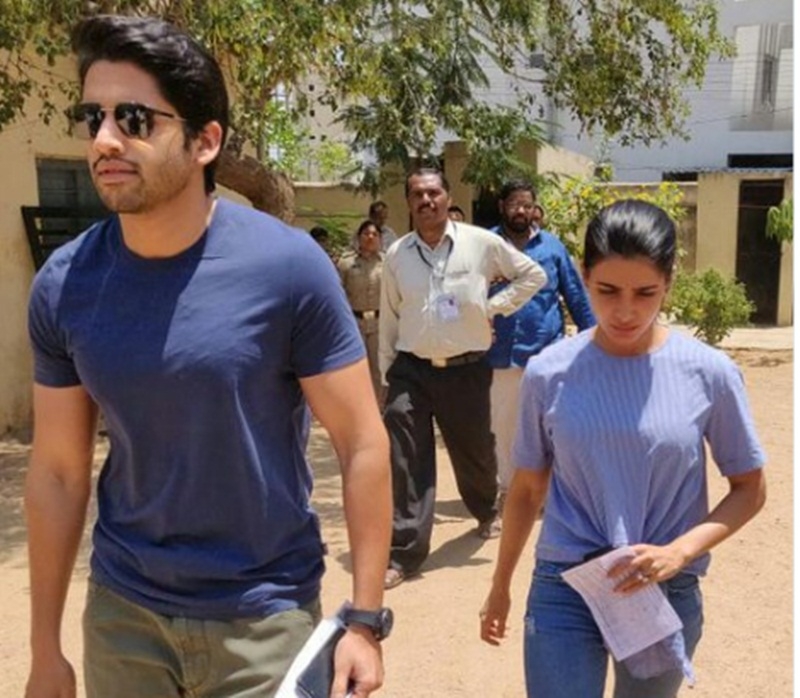 The first phase of Lok Sabha elections has started and people around the country are casting their votes to their favourite party and leader. Even celebrities amid their busy schedule participated in the world’s largest democracy-voting. Chiranjeevi, Ram Charan, Chiranjeevi, Ram Charan, Allu Arjun, Pawan Kalyan and many other celebs were seen at the polling booth.

Here are the pictures of the famous people casting their votes

Done my duty. Don’t waste the most important day in a democracy. Go and vote now. #APelections2019 #VoteForChange #TelanganaElections pic.twitter.com/lhqNQ733nm

I have given my vote. Have you?

Urge all voters in West #Tripura Constituency & other parts of country who vote today to come out in large numbers & exercise their franchise.

Your vote will pave the foundation of the future of our nation. #VoteForIndia #LokSabhaElections2019 pic.twitter.com/kAGyjclmxF

Me & my family have casted our vote. I urge all of you to step out of homes and caste your vote. Particularly new & first time voters. Let’s celebrate the biggest festival of democracy by pursuing hundred percent voting.#LokSabhaElections2019 #Vote4India pic.twitter.com/D9Ib4OIvFh

As a proud citizen of this country, I fulfilled my duty today. I exercised my right to vote.

Appealing to all the citizens to make sure they cast their vote today. pic.twitter.com/kJdplca5H1

माझे मत, माझा अधिकार!
My vote, My Right!
मेरा वोट, मेरा अधिकार!
Casted my vote at Nagpur this morning along with my mother and my wife!
My sincere appeal to everyone to exercise your RIGHT and participate in this festival of democracy!#LokSabhElections2019 pic.twitter.com/lDK7WXIUOp

Talking more about elections, the constituencies going for polls in the first phase are – eight in Uttar Pradesh, five in Uttarakhand, four in Bihar, seven in Maharashtra, five in Assam, four in Odisha, two each in Jammu and Kashmir, Arunachal Pradesh, Meghalaya and West Bengal, and one each in Chhattisgarh, Manipur, Mizoram, Nagaland, Tripura, Sikkim, Andaman and Nicobar Islands and Lakshadweep.