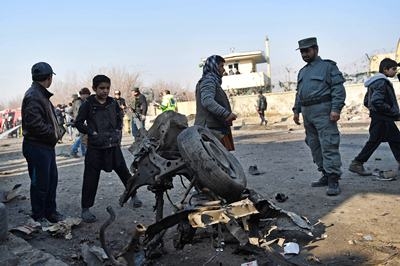 Kabul: At least one person has been killed and four others injured in a suspected suicide bombing near Hamid Karzai International Airport in Kabul. The Taliban has claimed responsibility for the blast saying that their target had been a foreign troops convoy.

According to TOLONews, Ministry of Interior spokesman Sediq Sediqqi said that a suicide car bomber detonated his explosives in the Hawa Shinasi area of Kabul, which is close to the airport. The four injured were rushed to the airport, Sediqqi said. The explosion took place at about 8 am (AFT) which is an hour of peak traffic.