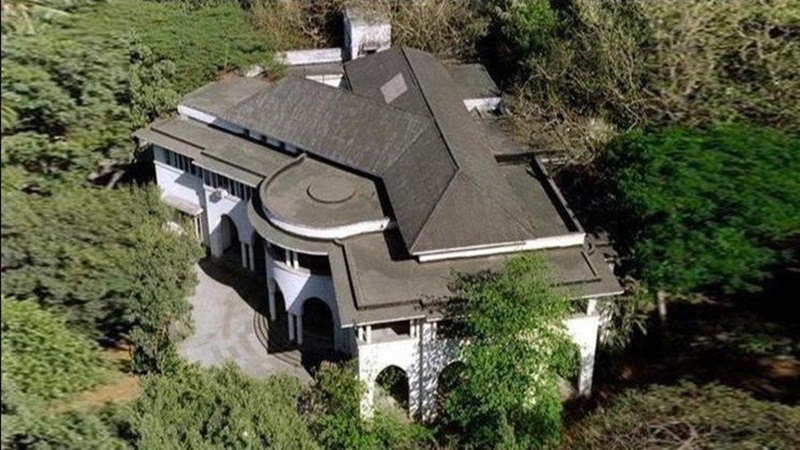 Islamabad: Pakistan asserted on Thursday that Jinnah House in Mumbai belonged to it and any attempt by India to take the building under its control will not be accepted, days after External Affairs Minister Sushma Swaraj said her ministry is in the process of getting the bungalow transferred in its name. The sea-facing bungalow on Malabar Hill in Mumbai was designed by architect Claude Batley in European style and Pakistan’s founder Mohammad Ali Jinnah lived there in the late 1930s. Pakistan had demanded in recent years that the property should be handed over to it for housing its Mumbai consulate.

“We have a claim over it (Jinnah House) and we do not accept that anyone tries to take custody of it. They (Indians) have already accepted that it belongs to Pakistan. We have record of it. They (Indians) have accepted that it belong to Pakistan,” Foreign Office spokesperson Mohammad Faisal told reporters here. Asked if Pakistan would consider to hand over Kartarpur land to India in a swap deal, Faisal said: “Absolutely not.It is gesture for Sikh minority community made on their request to provide a visa free corridor to facilitate visit to a religious shrine.”

He said the decision to open the Kartarpur corridor was taken at the state-to-state level and the Indian government was fully involved in it.

In a letter to Mumbai city BJP legislator Mangal Prabhat Lodha, Swaraj said Prime Minister’s Office has instructed to renovate and refurbish Jinnah House to develop it on the pattern of facilities available in Hyderabad House in Delhi.

“Accordingly, approval of the PMO was sought for transfer of the property from ICCR (Indian Council for Cultural Relations) to our ministry. PMO has now accorded necessary approvals,” Swaraj said in her letter.

The letter, dated December 5, further said, “We are in the process of transferring the ownership in our name.”

Jinnah’s daughter Dina Wadia had in August 2007 approached the Bombay High Court claiming that being the sole legal heir of Jinnah, she should get the possession of the house. After her death, her son and Wadia Group chairman Nusli Neville Wadia is carrying on the litigation.

Commenting on the release of Indian prisoner Hamid Nihal Ansari, Faisal said Ansari “illegally entered Pakistan and was arrested for spying and convicted”.

“On completion of his sentence he was repatriated as per law of the land (Pakistan),” he said.

He also said that release of Ansari would not have any impact on the Kashmir policy of Pakistan.

Responding to a question about media reports regarding support sought by the Khalistan movement from Pakistan, Faisal said, “Please note it and register it with you.Pakistan does not interfere in internal affairs of any country.”

Faisal also condemned the violence in Kashmir and alleged that India was committing ceasefire violations at Line of Control to divert the world’s attention.

On Afghan peace talks, he said that talks between the Taliban and the US were held in Abu Dhabi.

“Our leadership has conveyed unequivocal support to both Afghan leadership and the international community of for an Afghan-led Afghan-owned peace process,” he said.

“Pakistan played a role as part of share responsibility in the meeting held in the UAE for peace and reconciliation in Afghanistan. Our role has been widely recognised and appreciated. I do not want to say any more about it at this stage,” he said.

“We have always stated that Pakistan exercises limited influence over the Taliban.We cannot respond as to when the next round of negotiations between the US and Taliban will take place,” he said.