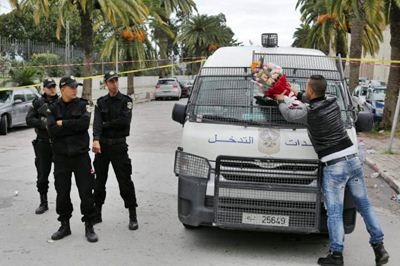 New York : The Islamic State of Iraq and Syria (ISIS) has claimed responsibility for the attack on a bus in central Tunis that was carrying Tunisian presidential guards.

According to Fox News, ISIS released a statement online, saying that a militant it identified as Abu Abdullah al-Tunisi carried out the attack after infiltrating the bus and killing around 20 “apostates.”

The statement further said, the “tyrants of Tunis will not have peace and we will not rest until the law of God governs in Tunis.” The explosion that took place on Tuesday had killed 13 people. The president Beji Caid Essebsi declared a month-long state of emergency after the attack.