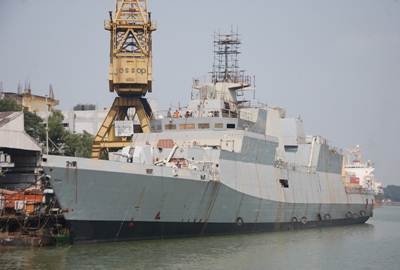 Defence Minister Arun Jaitley commissioned the warship, the first in a series of four planned corvettes, at the Naval Dockyard here.

The frontline warship is equipped with an array of anti-submarine warfare, anti-air and anti-surface weapons and sensors.

Jaitley said more than 90 percent of the ship was indigenous, and added that the government was promoting indigenous manufacturing in defence.

“In recent months, amongst the various initiatives that the government has undertaken is indigenous manufacturing of our defence deployment,” Jaitley said.