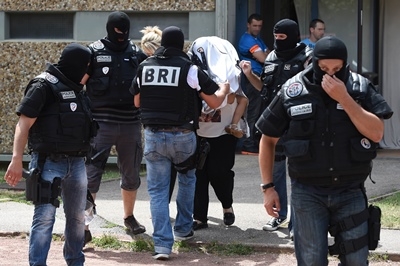 Melbourne: The Islamist extremist who carried out an attack on a U.S. gas plant in France has reportedly admitted to killing his manager beforehand, a source said. Yassin Salhi, who has been linked to a militant in Syria, told detectives that he had killed Herve Cornara in a parking area before arriving at the factory Saint Quentin-Fallavier, 30 kilometres south of Lyon, reported ABC News. One of Salhi’s work colleagues said that he had argued with Conara days earlier after he dropped a pallet of fragile equipment.

The police had found the victim’s decapitated body and head, covered with Islamic inscriptions, at the plant. Investigators revealed that the 35-year-old attacker had taken a selfie with the severed head before his arrest and sent the photo to a Canadian number. The phone number was registered in the name of a French national, known by his first name Sebastien-Younes, who has been in Syria since last year. He was last located in the Islamic State of Iraq and Syria (ISIS) stronghold of Raqqa. The suspect’s wife and sister were released on Sunday after two days of questioning. Meanwhile, French Prime Minister Manuel Valls said that his government was increasing resources in law enforcement and domestic intelligence to tackle terrorism.