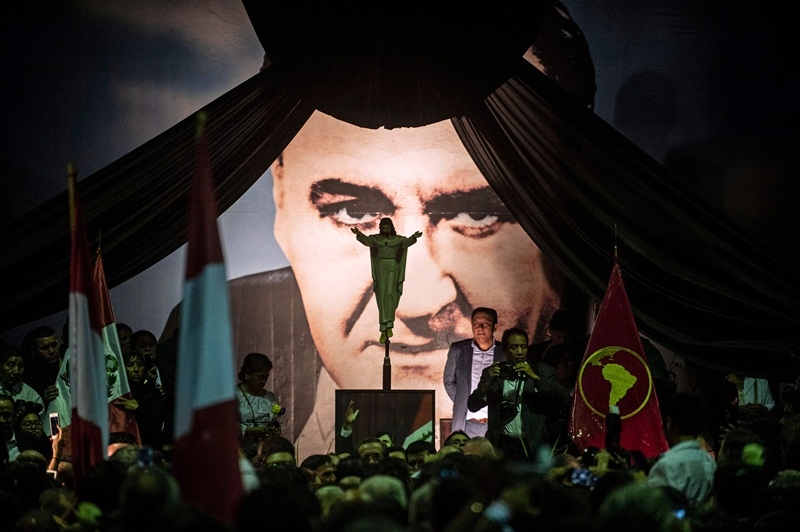 Lima: Former Peruvian President Alan Garcia has died after shooting himself as police arrived at his home to arrest him over bribery allegations. Garcia was rushed to hospital in the capital, Lima. His death was confirmed by current President Martin Vizcarra, the BBC reported on Wednesday.

A crowd of supporters gathered outside the hospital building, and were held back by a line of police officers. Garcia was accused of taking bribes from Brazilian construction company Odebrecht – claims he denied. He served as president from 1985 to 1990 and again from 2006 to 2011. Officers had been sent to arrest him at his home in the affluent Miraflores neighbourhood in connection with the allegations. Interior Minister Carlos Moran told reporters that when police arrived, Garcia asked to make a phone call and went into a room and closed the door.

Minutes later, a shot rang out, Moran said. Police forced the door open and found Garcia sitting on a chair with a bullet wound to his head. Ricardo Pinedo, Garcia’s secretary, said the former president had four or five weapons in his home, gifts he had received from the military, and that he had used one of these to shoot himself.

He underwent emergency surgery in the Casimiro Ulloa hospital in Lima. Health Minister Zulema Tomas said Garcia had to be resuscitated three times after suffering cardiac arrests before finally succumbing to his injuries. In a post on Twitter, Vizcarra said he was “shocked” by the former president’s death and sent his condolences to his family.