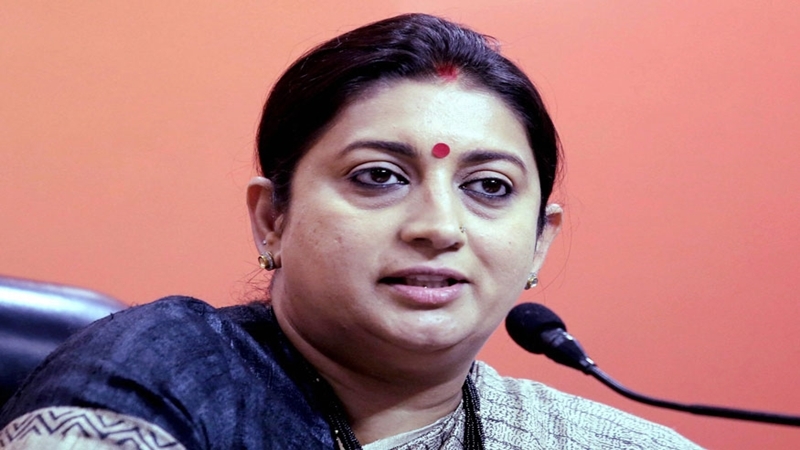 Amethi (UP): Targeting Congress president and Amethi MP Rahul Gandhi, Union minister Smriti Irani said on Sunday it was the erstwhile Congress-led government which denied permission for a mega food park in the constituency. Speaking to reporters, Irani, who is the BJP candidate against Gandhi here, said, “The food park, which Rahul Gandhi has been talking about, the decision to not supply gas to it was given in writing by the then government headed by Manmohan Singh. The letter has been presented before the country long time ago. Rahul is misguiding people by telling lies.”

Gandhi has been accusing the BJP of putting up hurdles in the way of setting up a mega food park in Amethi. Targeting Gandhi, Irani said, “The Congress president talks about interests of farmers, but the land of the farmers have been grabbed in the name of setting up factories. Even three years after the passage of orders of the court, Rahul has not returned the land to the farmers.”

Slamming the Congress, she said, “The Congress is bowing before separatist leader Yasin Malik, who is accused of killing four IAF jawans. He was the one who was involved in the massacre of Kashmiri Pandits, and compelled them to flee from their place. Rahul Gandhi must answer to the country on this.”