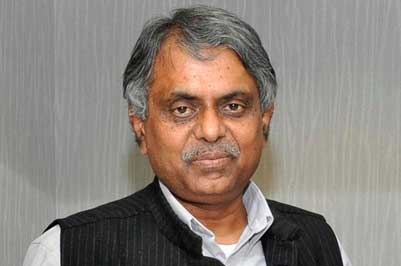 He will become the Cabinet Secretary, the highest bureaucratic post in India, and have tenure of two more years. Prime Minister Narendra Modi was thus far carrying on with Ajit Seth (a 1974 batch IAS officer), a UPA government appointee, by giving him extensions.

It has taken the government almost a year to identify who should be the topmost babu in the government. As the practice is, Sinha moves into the Cabinet Secretariat as OSD (Officer on Special Duty), and will be an under-study of Seth until he retires on June 12.

Speculation was rife that Modi may opt for his favourite, Mrs Gauri Kumar, a Gujarat cadre IAS officer of the 1979 batch who was brought here in February as Secretary, Coordination, in the Cabinet Secretariat, the post Seth held before becoming the cabinet secretary. He, however, plumped for the senior-most batch of 1977.

Sinha, an upright officer who was the petroleum secretary since July 2013 and earlier the shipping secretary, made it by pipping other 1977 batch mates — Micro Secretary Madhav Lal and Personnel Secretary Alok Rawat — perhaps because he was in the good books of PM’s principal secretary Nripendra Misra, who is a retired 1967 batch IAS officer from the same UP cadre.

An economist by education, Sinha is M.Phil in social science. He started his bureaucratic career in 1979 as assistant collector of Allahabad. His central postings included ministries of petroleum, finance and youth affairs and sports.

Bidhu Bhushan Mohanty, a Rajasthan cadre IAS officer of the same 1977 batch, who retired on July 1, was knocked of the race as he remains suspended since February 4, 2014. Finance Secretary Rajiv Mehrishi, a 1978 batch IAS from Rajasthan cadre, and his batch mate Information Technology Secretary R S Sharma were also in the reckoning but they too did not make it.