Donald Trump wants ban on all Muslims entering US 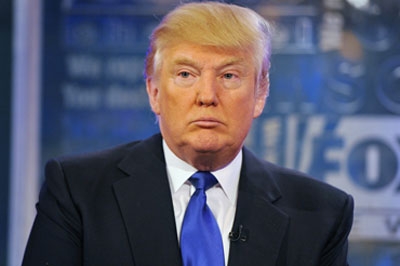 “We have no choice,” Trump, the 69-year-old business tycoon, said repeating his pledge at a rally in South Carolina hours later to loud cheers, warning of more 9/11-style attacks if stern measures were not taken.  Trump, who in September declared “I love Muslims,” turned sharply against them after the Paris terrorist attacks, calling for a database to track Muslims in America. He also claimed that thousands of Muslims celebrated in New Jersey on 9/11. His poll numbers rose largely as a result, until a setback in Iowa on Monday morning. Hours later Trump called for the ban, which fits his pattern of making stunning comments when his lead in the Republican presidential field appears in jeopardy, said the New York Times, Other presidential candidates were quick in condemning Trump, with top Democratic presidential candidate Hillary Clinton denouncing his statement as “reprehensible, prejudiced and divisive”. “You don’t get it. This makes us less safe,” she tweeted.

“I think what Trump is doing is something that he’s been doing over the course of his entire campaign, which is… to play on people’s fears in order to build support for his campaign,” White House spokesman Josh Earnest said. Saying that “hatred” among many Muslims for Americans is “beyond comprehension,” Trump said in a statement that the United States needed to confront “where this hatred comes from and why.” “Until we are able to determine and understand this problem and the dangerous threat it poses, our country cannot be the victims of horrendous attacks by people that believe only in jihad, and have no sense of reason or respect for human life,” Trump said. Condemning Trump’s statement, the Council on American-Islamic Relations said, “It is reckless and simply un-American. Donald Trump sounds more like a leader of a lynch mob than a great nation like ours.”

Jeb Bush, Republican presidential hopeful, tweeted: “Donald Trump is unhinged. His ‘policy’ proposals are not serious”. Leading Democratic candidate Bernie Sanders said: “Demagogues throughout our history have attempted to divide us based on race, gender, sexual orientation or country of origin. Now, Trump and others want us to hate all Muslims. The United States is a great nation when we stand together. We are a weak nation when we allow racism and xenophobia to divide us.”