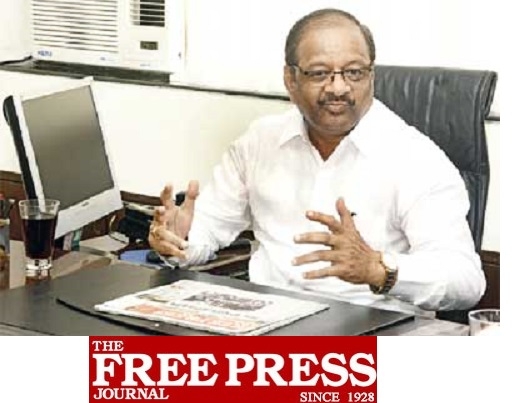 Mumbai :  Bureaucracy is the key factor in democracy and the people’s representatives need to confront them to push the agenda for the people, BJP MP Gopal Shetty, who is known as a bureaucracy baiter, said while explaining his stand in such matters.

“The politics has stooped to a very low level. We, who represent the people, have forgotten that we should have some concrete agenda for the area we represent. This has caused the menace and the bureaucracy is quick to take advantage of the situation,” Shetty said.

“Can we name any one person, any one politician today who – we can confidently say that – has some vision for the city,” he asked while emphasizing the point that the people’s representatives should not just be more studious, but need to have capabilities to develop a vision into issues that affect daily lives of the people.

Shetty also cited several examples including that of the officials from the defence, the forest and the customs department as to how their controversial stands have stalled several projects that would serve people’s interests.

“I’m dealing with probably the worst case of bureaucratic inertia nowadays,” he said, while explaining the hurdles caused by differences between officials of the forest department in interpreting Central government legislations.

“I was shocked when I realised that the forest secretary of the state government is not ready to follow the Central government legislation just because the particular decision has not been conveyed to him by the bosses in his own department in Delhi,” the MP said adding that, such kind of bureaucratic inertia is the worst thing to deal with while you are representing the ruling party. “When you are in opposition, you can at least shout a lot,” he said.

The case of Madh-Versova ferry service that was started with the help of the state government too is of similar nature. “The customs department officials one day all of a sudden realised that the service violates a law which says that their prior permission needs to be taken if the approach road to the jetty passes through the land possessed by the union government. This made the ferry service to be shut down for about six months,” Shetty said.

“The biggest challenge I faced was with the defence ministry. I had to pursue the ministry officials a lot to make them to agree to the idea that same principal needs to be applied to everyone while permitting development of the defence land,” the MP said adding that the cases like Adarsh show that the bureaucrats act only when they see their own interest in such matters.

In 2011, the defence ministry had stopped all development around 500 metres of the defence land, which comprises areas in Malad and Kandivali wherein at least 650 building projects were stalled, including 70-odd buildings which were given to builders for redevelopment.

“Several buildings are dilapidated and have been termed by civic authorities as dangerous to reside in. The builders have stopped paying rent to the people whose buildings have been brought down for redevelopment. This thing is burning holes in their pockets. But, bureaucrats who took the decision don’t realize the condition of the people,” Shetty said.

While emphasizing that such issues can be resolved by tireless persuasion by using the various tools that the people’s representatives get, Shetty also pointed out that he has not missed a single day of the parliament after becoming an MP. “I asked as many as 150 questions of which 55 were answered in the first year of my tenure as an MP,” he said.

PPP model need of the hour in healthcare

In wake of the growing burden of healthcare on public hospitals, there is a dire need of public hospitals to be based on Public Private Partnership (PPP) Model which will enhance the quality services and provide treatment at affordable costs. However, such an arrangement seems to be a distant dream owing to various stumbling blocks such as lack of funds and support from the government, absence of a dedicated regulatory body to monitor the healthcare system, said Gopal Shetty, MP for Mumbai North. Shetty was on a visit to The Free Press Journal’s offices.

Shetty emphasised the dire need and significance of PPP for hospitals to reach out to maximum people. He said that with public and private hospitals coming together, the people will be the beneficiaries and will be able to receive high-tech facilities at reasonable costs. “Today, maximum people do not wish to visit a public hospital because they have a fear that they won’t get the best treatment. There are many people who come and complain that even the bedsheet is not hygienic and therefore, they are not willing to admit their relatives, preferring private hospitals,” he said. 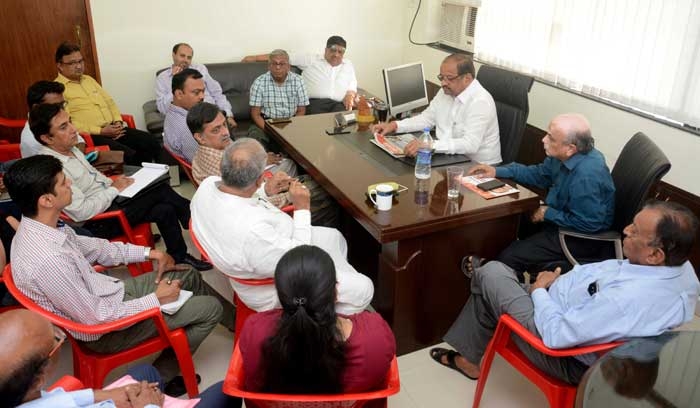 Gopal Shetty, MP from Mumbai North interacting with journalists and other staffers of the Free Press Journal and its sister publication Navshakti in Mumbai.

Shetty highlighted that public hospitals are best run on PPP models wherein the government can provide the land and the private hospitals can bring in their skills and management techniques. He said that it is essential that people come together with right intentions of serving humanity and not with the aim of making money. He added that hospitals based on PPP models should be free of any political influence and should get huge financial support from the government to ensure that these hospitals are run without any stumbling blocks.

However, if such hospitals fail to deliver their best services because they fall short of funds to purchase costly equipments, following which; they are forced to transfer people to other hospitals. When asked about this, Shetty opined, “PPP models need joint efforts wherein the government is willingly coming ahead to contribute and support the hospitals in providing the necessary funds to them for redeveloping their department, purchasing medicines and machines. There is still a lot to be done in this sector and it is only going to be successful, if a strong backing is provided to ensure that the best quality services are provided to all the people at reasonable rates.”

A BRIDGE NOT TOO FAR

Fuelling the ever raging war between politicians and the administration, BJP Member of Parliament for North Mumbai, Gopal Shetty, blamed the bureaucracy’s laid back, ‘careless’ attitude for the slack in development projects in the city. Speaking at an interaction in the Free Press Journal offices, Shetty said, “They (bureaucrats) are not scared of anything. They only want to keep their jobs and they will do everything to protect their jobs. That is the reason why even major construction projects in the city are pending, following the High Court stay on them.”

“People are protesting because they are unhappy. MCGM is not rehabilitating the displaced people fairly, and is not being able to provide alternate means of livelihood for others. That must happen first”

One the other hand, one of the much awaited projects of the MCGM, the bridge between Versova and Madh Island that has been stuck in limbo owing to opposition from Versova’s fishermen community, may soon kick start, following intervention from Shetty. However, Shetty has attributed the delay to the uncompromising attitude of the civic administration, which he alleges is unwilling to accommodate the ‘simple’ demands of the fisherman community. Shetty said, “Unless the administration acts fair towards the local residents

the three bridges planned will be difficult. The bridges must be constructed as the development will benefit the city. But the bureaucracy’s attitude is getting in the way.” 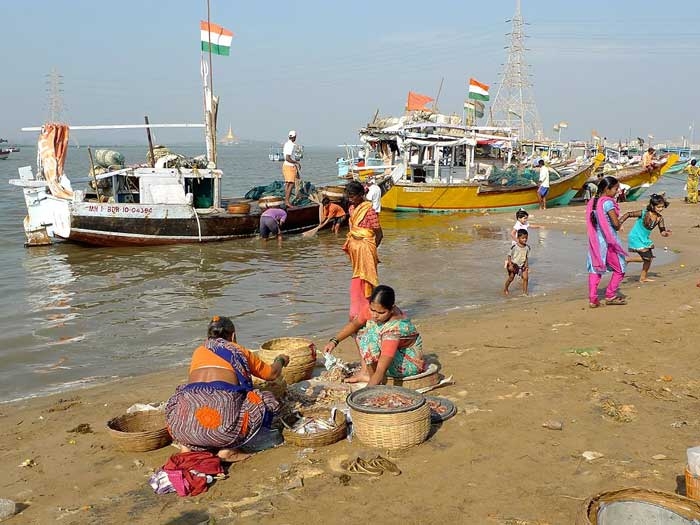 Gopal Shetty, MP from Mumbai North justifies the need for sealink in North Mumbai, and likely compensation the affected people should be entitled for (File photo of fisherwoman).

The two bridges planned by the MCGM, one between Marve and Manori, which will reduce the distance between Link road and Manori creek from 32.8 km to 5 km, and the second between Versova and Madh Island, which is expected to reduce the distance between Andheri (East) and Madh Island from 23 km to 8 km, have been facing issues from local residents for the past two years. Shetty said, “These bridges must come. People are protesting because they are unhappy. MCGM is not rehabilitating the displaced people fairly, and is not being able to provide alternate means of livelihood for others. That must happen first.”

Further pointing fingers at the civic administration, Shetty alleged that the MCGM has still not taken back the plots he handed over in January, following the RG/PG policy controversy. Shetty has two prominent RG/PG plots under his aegis – the Poisar Gymkhana, and the Veer Savarkar Udyan. On being asked about their status, Shetty said, “I am willing to hand it over, but the administration does not take it. The process of returning plots is not simple. The administration has not started the process. I am ready to hand it over.”

Apart from the above plots, Shetty is still in charge of the Kamla Vihar club, and has remained silent on transferring it to the civic body. He said, “I take care of the plots and this ultimately benefits the public. It takes a lot of labour and financial resources to maintain them, does the civic body have the necessary resources?”